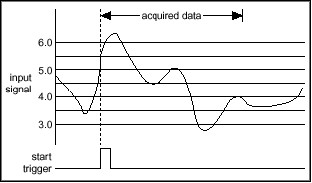 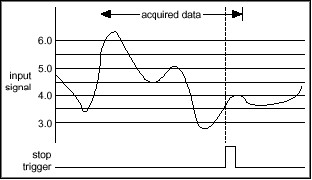 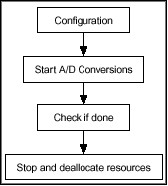 The NI E and M Series multifunction I/O devices provide the added flexibility to choose from one of the several PFI lines on the board as the trigger input. The default trigger source is PFI0, but an alternate trigger source (e.g., another PFI line or RTSI line) can be selected by setting the Source of the DAQmx Trigger VI.

Figure 9: Acquisition with a Digital Start and Reference Trigger 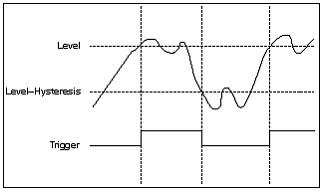 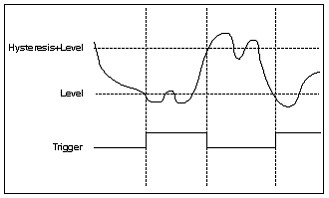 Some DAQ applications may require the user to implement a pause/resume feature where an external signal controls when the DAQ hardware performs the A/D conversions during an acquisition. NI DAQ boards support such a functionality using a feature known as “pause trigger” (NI-DAQmx).  Here, the internal sample (scan) clock is gated by an external signal such that the sample (scan) clock pauses while the external signal is low and resumes when the signal goes high (or vice versa).  Pause trigger (scan clock gating) can be classified into two types, digital or analog, depending on the nature of the gate signal. The following figure shows a typical implementation of a digital pause trigger in LabVIEW.