Digital output sensors as well as actuators driven by digital signals are very popular in the industry. One can find a digital output sensor for practically any type of variable (temperature, flow, pressure, speed and more) with their digital output signal represented in multiple formats. In this document we first classify Digital Output Sensors based on their output signal and circuit interface, and then point out the critical parameters that should be taken into account when selecting a Digital I/O Module1 for your application.

Digital Output Sensor is a sensor that will produce only two values in its output, either On or Off, as opposed to an Analog Output Sensor which produces a continuously varying output value over its entire range. The simplest example of a digital sensor is the touch switch. A typical touch switch is an open circuit with infinite resistance when it is not pressed and a short circuit with zero resistance when it is pressed.

Classification of Digital Output Sensor Based on:

Digital Output Sensors can be classified based on the following parameters:

1. Characteristic of the Signal Driving the Sensor’s Output

Characteristic of the Signal Driving the Sensor Output

Technological development has brought a variety of complex digital output sensors to the market. Nowadays, you can find sensors that produce trains of transitions between the On and Off state, with these types of sensors the frequency characteristic or even the shape of the pulse trains convey the sensor’s measurement, making it possible to implement continuous measurement.

The signal characteristic conveying the sensor’s measurement is the first parameter to be considered when selecting an industrial digital I/O module. This is important to decide whether you need counters on your digital I/O module.

Sinking and Sourcing are terms used to define the control of direct current flow in a load.

The concept of Sourcing and Sinking is independent of the component (ex.: transistor, mechanical relay and etc...) that implements the operation. This concept applies to any DC circuitry; the component that is implementing the circuitry may vary.

The third type classification is important in order to define the relationship between current and voltage in the sensor’s On state and Off state. A sensor can be classified as a 2-wire or 3-wire device as follows: 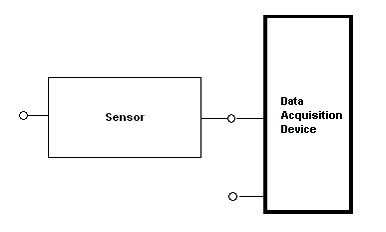 When the sensor is not activated, it must draw a minimum operating current normally referred to as off-state leakage current, which in some cases are also called by the sensors manufacturers as residual current. This current is necessary in order to keep the sensor electronics working. The residual current is not a problem if the sensor is connected directly to another load other then the data acquisition device, for example in industrial environment is not unusual to have these 2-wire sensors directly connected to motors and similar devices, which have a low impedance.

Similar to the Off state, there is also a minimum current required to sustain the On state of a sensor, called the minimum holding current. Typically this current ranges from 3 mA to 20 mA. The sensor will not operate correctly if the digital I/O module cannot sink or source this current. 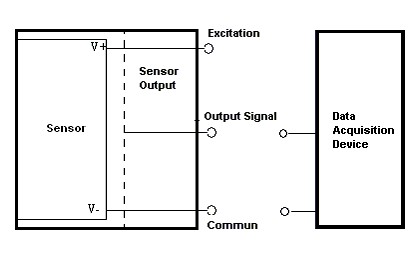 The operating current these devices pull from the digital I/O module is called burden current and it is typically in the neighborhood of 20 mA. Important to notice this current is provided by the excitation terminal.

There are three electronic components that typically drive the output of a signal output sensor:

Since they are relatively slow devices when compared against solid state relays, they are normally used by sensors where the state of the line is the characteristic of the signal driving output. These devices are subject to contact wear and resistance build up. Their contact life depends on the load current as well as the frequency of operation. They can sometimes produce erratic results due to contact bounce when connected to counters and digital I/O modules.

Transistor: is a solid-state device designed to control DC current. Transistors are most commonly found in low DC powered sensors as the output switch. There are two types of transistors - NPN and PNP.

Bilateral FET Device: Many photosensors in the market have an output implemented in an architecture called bilateral FET output which can be seen in Figure 7. This architecture has many advantages but the most important one is the fact that interfaces directly to TTL and CMOS circuits, additionally they show:

FET stands for Field Effect Transistor and is supposed to become the most popular output for digital output sensors because of its operating characteristics, being near to the ideal model.

Figure 7 - Sensor with Bilateral FET Device Output
Back to top

In order to select the Digital I/O module one should answer the three following questions:

Based on this answer make reference to Table-A to check the group of Digital I/O modules that would be appropriate for your application.

Table-A again provide a classification of the NI boards based on sinking and sourcing capabilities, so if your sensor has a sinking output you want to select a board with a sourcing input and vice-versa.

At this point might need to consider the off-state leakage current as well as the minimum holding current for On state.

Compare specs of the sensors with the specs of the data acquisition devices in Table-B in order to select the most appropriate device for your sensor. Besides the voltage levels, one should still observe the two important following conditions which are sometimes overlooked: 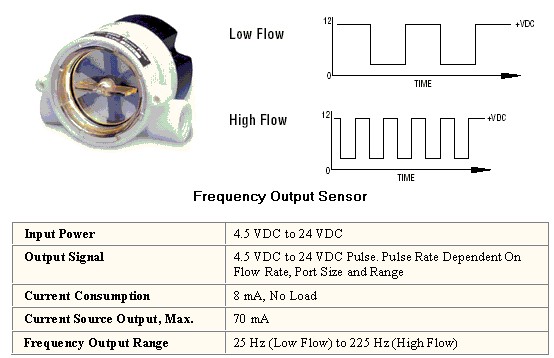 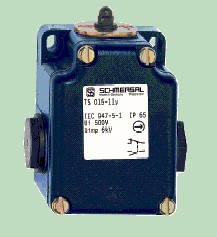 Other Manufacturers of Digital Output Sensors include

1 Throughout this document 'Digital I/O Module' is used to describe the data acquisition device that is connected to the Digital Output Sensor.