홈 관점 Unscripted: To Mars and Beyond with Alyssa Carson

Ever since she was little, Alyssa Carson has had her heart set on the stars. With a growing list of accomplishments and certifications, Alyssa’s following her dream of traveling to Mars. She’s passionate about sharing her goals with others, with the hope that it encourages everyone to pursue their dreams.

My name is Alyssa Carson, and I am an aspiring astronaut.

What is your biggest goal?

My goal would be to be on a mission to Mars, but ultimately, I want to be an astronaut and contribute to the space industry in some way.

I think Mars is really fascinating just because it's the next place we can go. We've thrown a lot of big ideas out there about colonizing, terraforming; and being able to actually send people there is going to really figure out how realistic those goals are.

What sparked your interest in space?

I first got interested in space when I was around three or so, but I really wasn't superexposed to it. But by the time that I went to Space Camp at seven was when I was fully immersed in space and really decided that, yes, this is definitely something I want to go into.

What types of astronaut training have you had?

Yeah, so originally, when I was younger, I, of course, just went to Space Camp. But when I was 15 is when I started doing more intense, real astronaut training. So they were all research campaigns through PoSSUM, which is a citizen science research organization, so we just come together in our free time and participate in research. So some of those will include microgravity flights, water survival training, spacesuit evaluations, decompression, G-Force—all sorts of stuff that is actually really similar to what astronauts would do to go to space.

What do kids need to do to prepare to be astronauts?

Yeah, I think for kids who also have the dream of going to space, the first step to really remember is that an astronaut really isn't a job. You have to be something to then apply as an astronaut. An astronaut is more of a destination, so if that's something that you're interested in, it's really important to be really passionate about whatever it is you decide to do. And that's all up to you. You get to decide whatever you want to do. And it really can be anything. There are so many options of degrees and careers to go into, so really find what you're truly interested in, and then try to be the best you can be at that. And then eventually apply to the astronaut selection process.

What are you doing to prepare to be an astronaut?

Yeah, so I'm currently studying astrobiology. And what I will eventually do with that is, hopefully, searching for signs of bacterial life. For example, like, on Mars—even testing the soil of Mars, the atmosphere. Really, with astrobiology, I have a general background of all the sciences to be able to apply it to space.

How did you get the callsign “Blueberry”?

Yeah, so Blueberry is my callsign. And a callsign is basically like a nickname, but it has to be given to you. So I got Blueberry because the second time I went to Space Camp, I wanted one of the blue flight suits that I saw everyone wearing because I wanted to be an astronaut—I wanted to look like one. But they didn't have any in my size because I was pretty short, and so my dad found this knockoff one that was just a really dark shade of blue and just very different from all the others. So everyone told me it made me look like a blueberry, so they continued to call me Blueberry the rest of that week. I just kind of brushed it off. I came back the next year to Space Camp and they were like, “Oh, it's Blueberry,” and it just kept going on and on. So it just eventually stuck, and I just gave up and kept it as a nickname.

What would you like to pass on to future generations?

You know, with everything that I've done, I really hope to inspire girls, and kids, really, in general, to go after whatever dreams they may have, no matter how crazy they sound. Because I know that my dream sounded insane when I first started. And I also want to encourage kids to think outside the box. Think of outside the normal, typical doctor, teacher, lawyer that we're taught in school. I want them to think of some really awesome jobs that they're able to go into beyond the basics.

I definitely think what gives me hope is, I've been able to spend so much time talking to girls and kids about what they're interested in, and I think hearing how excited they are about all the new stuff coming up in the world is so refreshing. One moment that really impacted me was, there was this middle school girl and she was, like, “I like space and I like fashion. Can I do something with those combined?” And I was like, “Yeah! Go design spacesuits. Go make fashion spacesuits.” And so I think it's really exciting to see how excited and also how curious about different types of topics the new generation is.

What tip would you give for those with difficult goals?

I do think that the biggest tip that I've been able to teach is, really, the importance of talking about your dreams and talking about your goals, because you never know where those opportunities are going to come from. You never know who somebody else knows. And a lot of the really amazing experiences that I've been able to get has [sic] just been from me talking. And so I've seen how important that is, and so I really want to emphasize to other people that you really can make amazing progress by just telling people what you want to do. 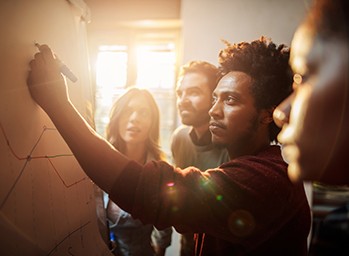 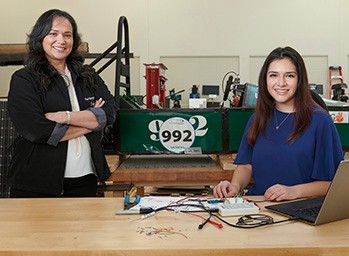 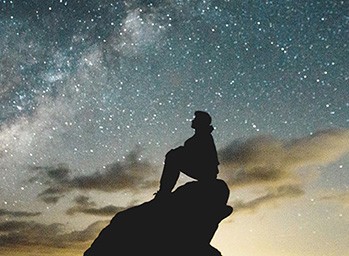