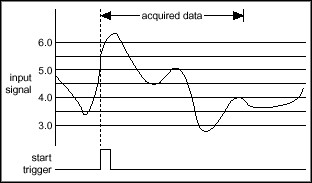 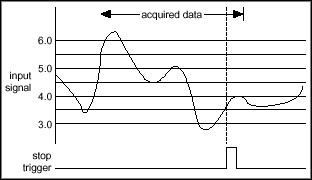 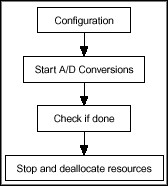 Trigger conditions for any application are specified in the configuration section by calling the appropriate NI-DAQ functions or Data Acquisition VIs in LabVIEW. The rest of this document discusses how to implement various triggering types using LabVIEW and NI-DAQ functions. 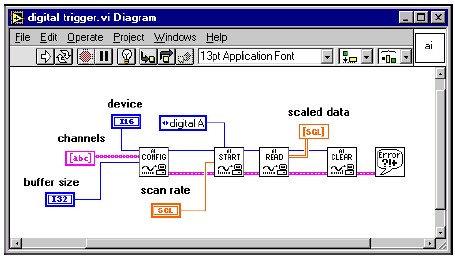 With the National Instruments E Series multifunction I/O (MIO) devices, you can choose from one of 10 different lines (labeled PFI0-9 on the I/O connector) as the trigger input. The default trigger source is PFI0, but an alternate trigger source (e.g., another PFI line or RTSI line) can be selected by calling the NI-DAQ function Select_Signal. 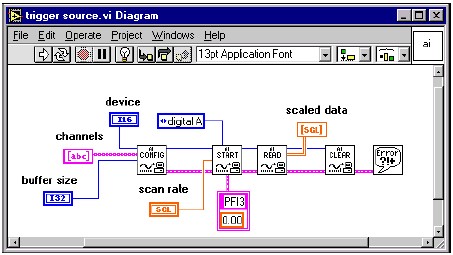 B. Pretriggered Acquisition on a Digital Stop Trigger
In a pretriggered acquisition, the A/D conversions are initiated with a software function call. NI-DAQ stores the digitized data in computer memory in a circular buffering scheme, replacing the oldest points in the buffer with the new samples. Once the trigger signal is received, a specified number of points before and after the trigger are returned to the calling application (e.g., LabVIEW, C++, etc.) by NI-DAQ. 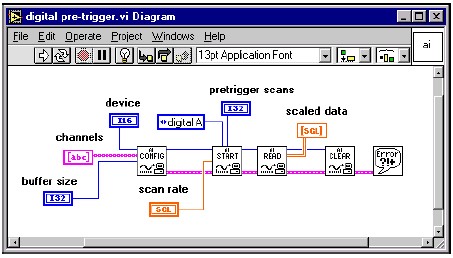 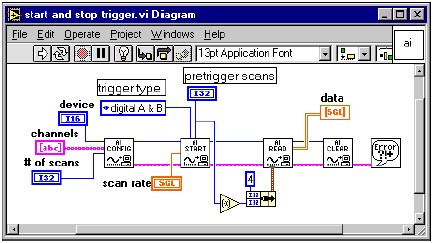 Analog hardware trigger conditions can be set by the following NI-DAQ function:

The lowValue and highValue parameters specify the levels to use for triggering. Details about the valid values for these and other parameters for the function can be found in the NI-DAQ Function Reference Online Help, which ships with NI-DAQ. E. Conditional Retrieval
If your hardware does not implement analog hardware triggering, you can implement a form of analog triggering known as “conditional retrieval.” Here, NI-DAQ transfers the acquired samples to a buffer in computer memory using a circular buffering scheme, checking each sampled point to determine if it satisfies user-specified voltage and slope conditions. When the trigger conditions are met, NI-DAQ returns the data to the calling application. The key difference between “analog hardware triggering” and “conditional retrieval” is the fact that the former is done by the ATC in hardware while NI-DAQ implements the latter in software.

Conditional retrieval is implemented in NI-DAQ using the function Config_ATrig_Event_Message: 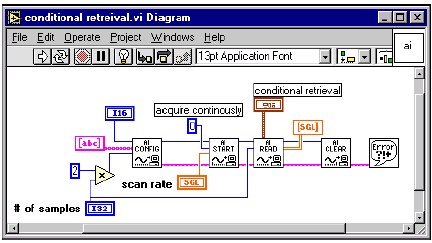 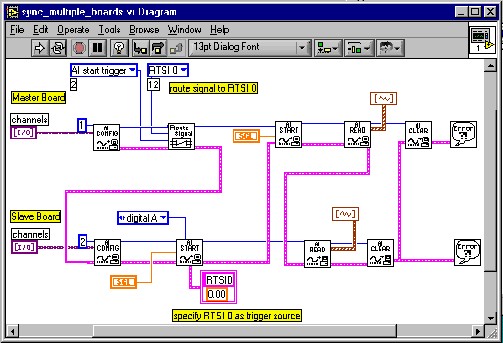 The following code snippet shows how to use NI-DAQ functions to set up the master-slave configuration on older legacy MIO devices with RTSI bus: 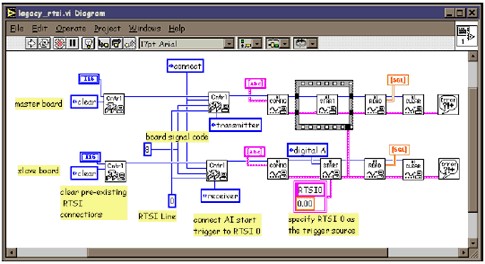 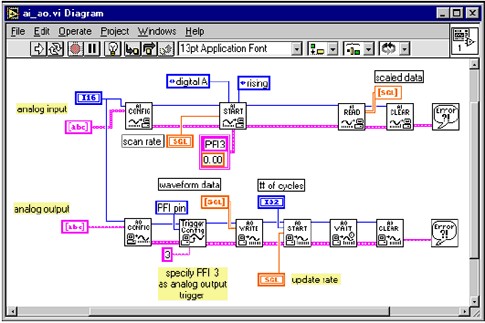 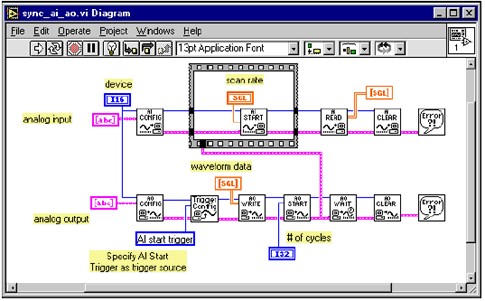 The following code snippet illustrates how to implement event triggering using NI-DAQ functions to start the DAQ operation on the nth trigger signal: 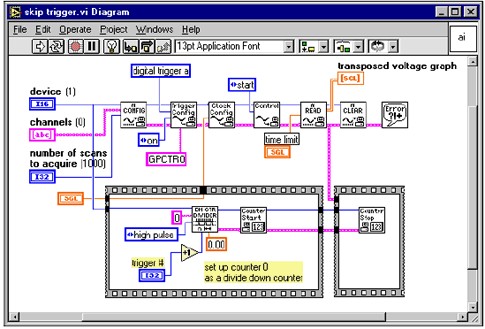 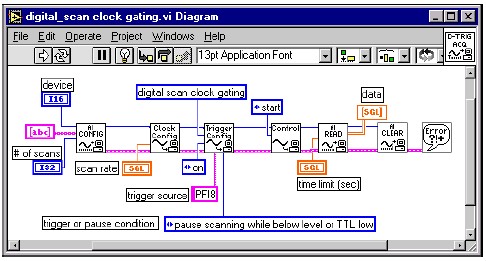 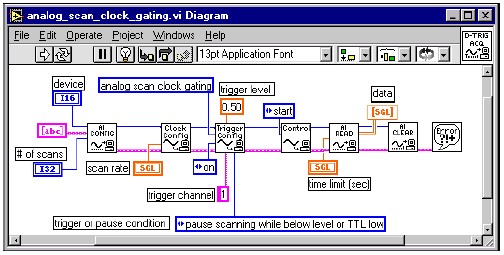