•Adaptive Cruise Control (ACC)—This cruise control system for the vehicle adapts speed to traffic conditions. The speed is reduced when the distance from the vehicle ahead drops below the safety threshold. When the road is clear or the distance to the next vehicle is acceptable, the ACC accelerates the vehicle back to the set speed.

• Autonomous Emergency Braking (AEB)—This controls the braking system by reducing the speed in the case of a certain collision or by otherwise alerting the driver in critical situations. 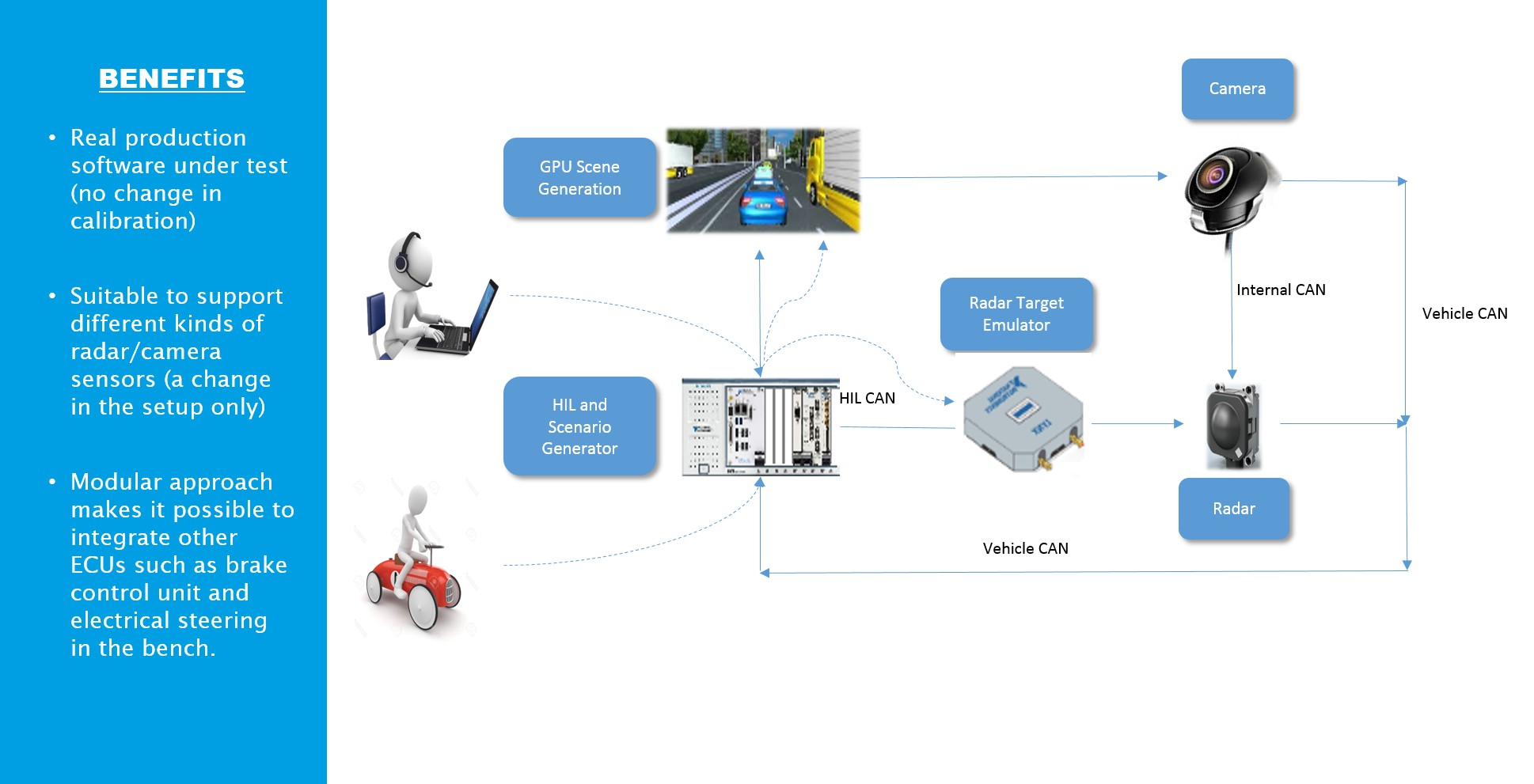 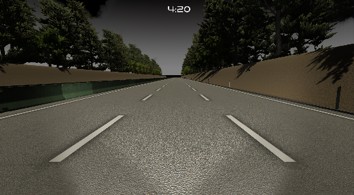 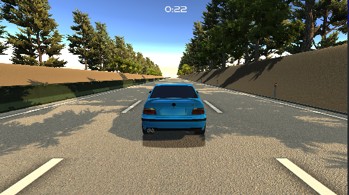 • Radar Engine Control Unit (ECU)—The main task of the radar sensor is to detect objects and measure their velocity and position relative to the movement of the host radar-equipped vehicle. The radar sensor is a monostatic multimodal radar and uses the 76 GHz frequency band with six fixed radar antennas. The sensor can detect other vehicles at roughly 250 meters. The radar is equipped with a heated lens that ensures full sensor availability, even in poor weather conditions such as snow and ice. The relative speed of objects is measured using the Doppler effect—change in frequency between the reflected and transmitted signals—and distance to the object can be determined by the time lag.
The ECU handles the sensor fusion with the information from the camera and is responsible for functions such as ACC and AEB.

• Camera ECU—The Camera ECU acquires images of the surrounding environment and provides several pieces of information such as distance from lane lines and other objects. This information is sent to the Radar ECU for sensor fusion, but in some cases (for example, road signs and lane keeping), the Camera ECU works alone. In this case, it sends CAN messages on the Vehicular CAN.

• Video Scenario Generation—Video Scenario Generation is a simulator that includes a vehicle system that receives input from PXI-8512/2 through CAN communication and transmits info about the simulated environment. Radar data such as distance, radar cross section (RCS), angle of arrival, and speed is generated during simulation and is calculated in real time based on the video scenario. Through the control panel in the second screen, it is possible to handle connection with PXI-8521/2, change weather conditions, adjust radar position, and spawn a new vehicle with defined speed and distance. 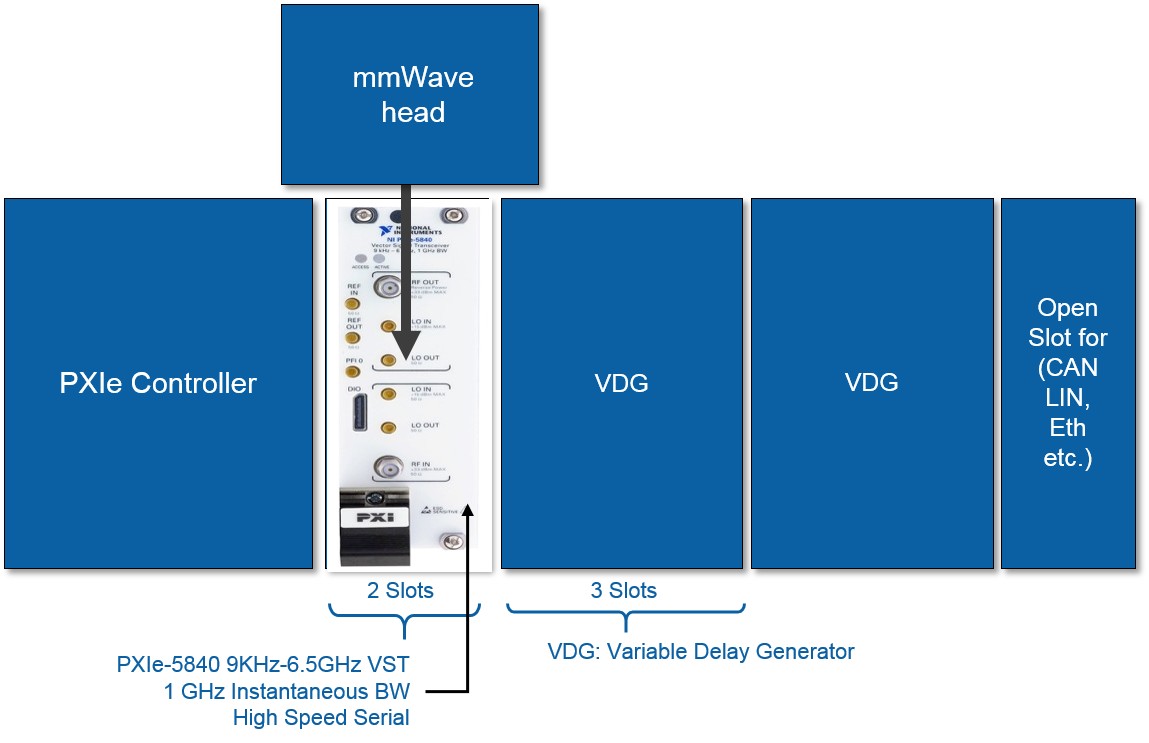 • Ability to anticipate validation at a stage prior to availability of the vehicle to allow corrective actions that otherwise would come too late
• Overall development time is greatly reduced because tests can be started before the vehicle is available
• Development costs are reduced by having a system that can work all day, seven days a week
• No-regression tests can be carried out in greatly reduced time and with minimal cost compared to using the assembled vehicle 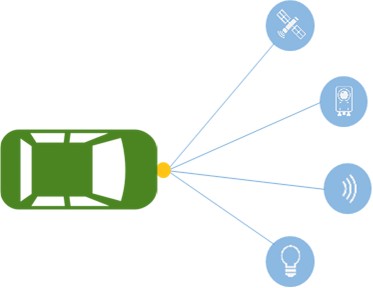 NI (ni.com) empowers engineers and scientists with a software-centric platform that incorporates modular hardware and an expansive ecosystem. This proven approach puts users firmly in control of defining what they need to accelerate their system design within test, measurement, and control. NI’s solution helps build high-performance systems that exceed requirements, quickly adapt to change, and ultimately improve the world.