Test ensures the technology behind clean energy sources like tidal energy is robust enough to strengthen the grid and decarbonize society.

Tidal Energy: The Newcomer to the Clean Energy Movement

Increasingly destructive weather events linked to global climate change challenge our power grids and microgrids like never before. Efforts to slow climate change by reducing our reliance on coal, oil, and gas include the exploration of clean energy sources such as tidal power.

Still in its early development process, tidal energy is ocean energy powered by the natural rise and fall of tides. Tidal turbines work like wind turbines except they’re underwater, and ocean currents—not winds—turn them to produce electricity.

The Shetland islands have become a leading location for tidal energy deployment. Located in crystal clear waters to the northeast of the Scotland mainland away from urban chaos and pollution, the islands are an ideal location to see tidal turbines and sometimes wildlife in action. Often, you won’t even see fish, other marine life, or diving birds in the Shetland islands when the tide is strong. But when the tide recedes, the slack water offers a calm environment for animals to explore the tidal turbines as well. As the tide ebbs and flows through the islands’ channels, tidal turbines spin and extract the force and power from the tides to generate energy.

How Does Tidal Energy Work?

While these machines are deep underwater mostly away from our view, they are quite the sight to see. Depending on their developer, tidal turbines may feature a three-bladed design like a wind turbine. Some are small 200 kW to 250 kW devices that measure around 3 m to 5 m, while others are larger 1 MW turbines that are as tall as a house.

In a recent Testing 1, 2, 3 podcast, Vicky Coy, head of innovation projects at Offshore Renewable Energy (ORE) Catapult in Glasgow, Scotland, shared how her team has had tremendous luck recording tidal turbines in this area under the right conditions. The turbines spin only when the force is strong enough to turn the blades. Likewise, the speeds of the water must be high enough to economically generate electricity. In comparison, tidal turbines spin more slowly than wind turbines since the density of water is 1,000 times higher than that of the air.

As an offshore energy, tidal energy produces zero carbon emissions and high-power output while guaranteeing predictable energy generation. “We know exactly when the tides are going to rise and fall for hundreds of years in advance, so we know exactly how much energy’s coming through,” Coy explained. “This makes tides a very stable and predictable source of energy that are quite reliable for a baseload into a grid.”

Since tides are so predictable, calculating the amount of storage needed for tidal energy doesn’t require a lot of guesswork, either. An operator always knows the maximum amount of energy a tidal turbine can generate from the condition of the tides, so they won’t need to consider upping their storage because of external factors such as too much sun or too much wind.

The greater predictability means tidal energy has real advantages over other forms of renewable energy, but the drawbacks of tidal energy are slowing its growth. Currently, one of the biggest barriers is money—tidal turbine technology is expensive. While developers work to make tidal turbines more economically viable, the process requires testing and research—and the expenses start to add up. “Finding the support to get those technologies over the line and into the commercial space is also a huge barrier,” Coy relayed.

Tides vary around the world, as does the tidal current and tidal stream power that tidal turbines need to extract, leading to limited site availability for deploying this technology. Coy explained further, “At the moment, there are very few places in the world that have the infrastructure in place for tidal energy, so it's a much smaller market right now, and that’s a difficult sell for investors.” Investors want to support a product that will give them a good return for a long time, which requires developers to focus on proving that the technology is cost-effective for investment, both from the public and private sector perspectives.

Even with slower support from the investor side, we’re starting to see tidal energy become a potentially viable commercial part of energy mix. Many curious minds are working to uncover the unknowns and potentials about tidal energy at the same time—which is why testing is key. Coy expands on the challenge: “We’re problem-solving the technology and problem-solving how to test it. It’s a continual learning and development process, and with each test we do, we learn something else to put back into the other tests.”

Even though the technology behind tidal turbines is complicated, sometimes that’s the easy part compared to fostering the collaboration needed to build and deploy them. Creating successful tidal turbine designs requires the melding of minds of engineers, economists, fundraising specialists, and other experts. Coy’s ORE Catapult teams apply their extensive experience working with wind technologies to design robust tidal turbines.

It’s an extremely expensive endeavor to take a turbine deep into the sea by boat and then retrieve it for repairs. Strategic engineering must go into design to ensure reliability and efficiency, so that each component is necessary and works as it should. Furthermore, because the offshore environment can be harsh, ORE Catapult teams also work to keep the humans involved in tidal turbine projects safe by designing out as much human intervention as possible.

Working with new technologies that must sustainably power the world around us is daunting, but leaders like Coy are ready for the task, “It’s been exciting to work at the forefront of a technology that’s still just starting. I have enjoyed seeing our teams mature and grow. We’ve made good decisions with the results of testing that have helped inform design and development.”

Hear more from Vicki Coy and about her work to properly test and evaluate tidal turbine technology in the full podcast episode on Testing 1, 2, 3.

For more insights, listen to other episodes from season 2 of our Testing, 1, 2, 3 podcast. This engineering podcast connects you to tech leaders discussing how test plays a pivotal role in solving society’s biggest challenges—now and in the future. 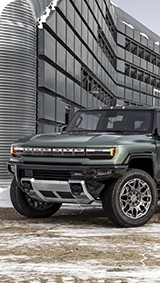 General Motors has made bold commitments toward creating an all-electric future, and it is making significant investments to deliver on these commitments. 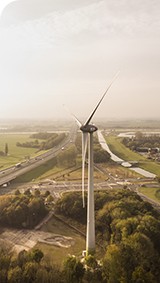 With climate change being experienced around the globe, technology plays a crucial part in scaling alternative energy sources, reinventing transportation, and designing new city infrastructure to counter the effects of climate change.