LabVIEW’s connectivity to other programming languages is an attractive feature for engineers building test systems. Integrating languages, such as Python, MathWorks® MATLAB® Software, C/C++, and .NET into LabVIEW’s graphical data flow combines the best of each language to create a flexible test system built in less time.

In this white paper, learn how to integrate code from four popular programming technologies with LabVIEW. This flexibility means that you’re always able to select the right tool for the job and succeed faster.

Over the years, Python has grown in popularity and expanded to offer hundreds of thousands of libraries for a wide spectrum of applications. Incorporating Python into LabVIEW merges the flexible scripting capabilities of Python with the system design tools in LabVIEW.

With the Python Node, LabVIEW provides a native ability to call a Python script from a LabVIEW Block Diagram. This feature allows for interoperability between the languages with low latency.

Figure 1: Integrate Python scripts in LabVIEW by calling them with Python Node.

With the latest updates to the Python Node functionality in LabVIEW, multiple Python versions are available, so you can choose from versions up to Python 3.9. You also can specify the path to Python when calling Python functions, which allows access to Python installed in custom directories. This capability means that you can use multiple Python Nodes to open multiple sessions of different Python versions or executables stored in custom directories.

NI is continuously investing in improving the Python-LabVIEW interoperability, with updates planned through 2023 and beyond. You can learn more about what’s new in LabVIEW and our future plans on our LabVIEW overview page.

Common programming approaches for numeric analysis, signal processing, and advanced mathematics can be used to call .m files developed in MATLAB. By combining these files in a VI with G using the MATLAB Node, MATLAB analysis capabilities can integrate your test and measurement system.

Figure 3:  Integrate .m files into LabVIEW by calling them with Call MATLAB Function from the MATLAB Node. 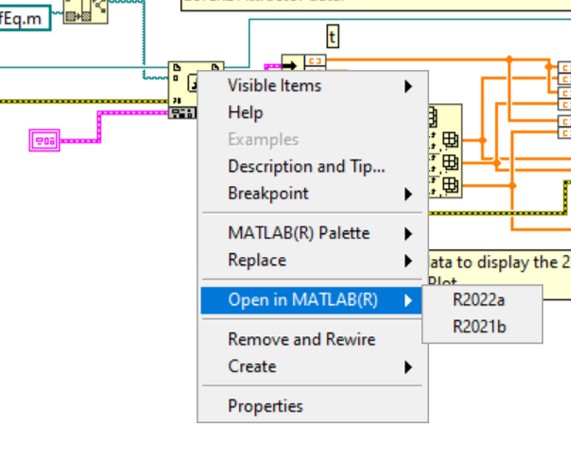 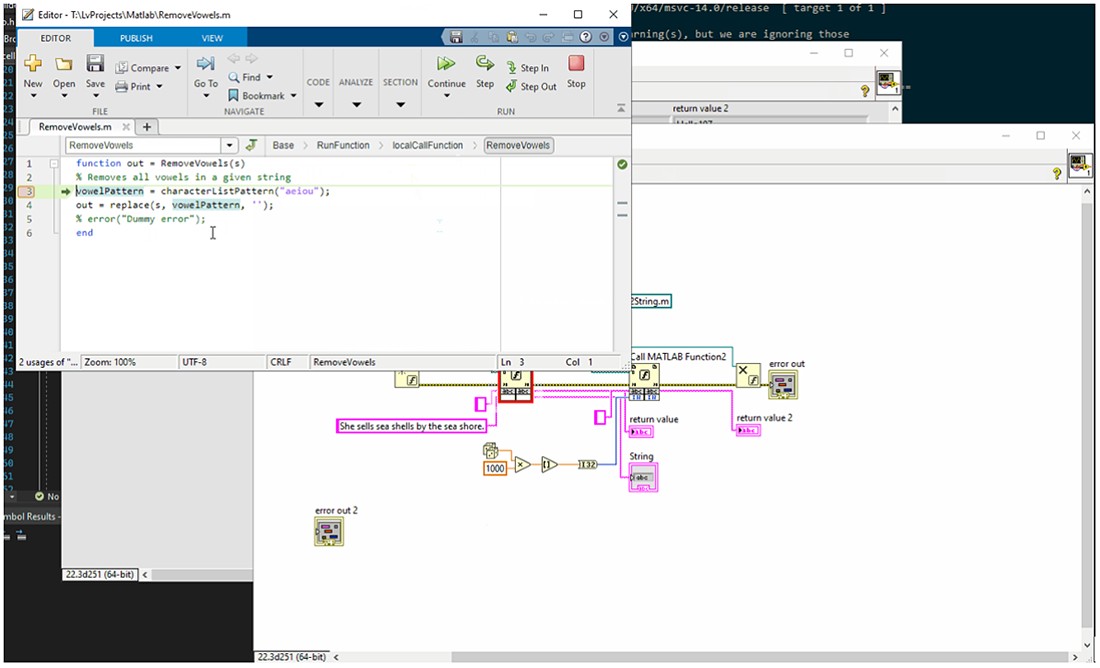 Figure 5: Use LabVIEW’s debugging tools to step into your .m file and debug from LabVIEW.

LabVIEW 2022 Q3 is the last version that supports the MathScript Node. You can migrate to the MATLAB Node in LabVIEW to integrate your .m files with a better MATLAB debug experience.

With LabVIEW, you can reuse existing code by calling dynamic link libraries (DLLs) or shared libraries.

For instance, if you need to reuse an existing C/C++ shared library in LabVIEW, you can call it using the Call Library Function Node. To make importing external libraries simple, LabVIEW also includes the Import Shared Library Wizard. This wizard automatically creates or updates a LabVIEW wrapper VI project library that you can incorporate into your LabVIEW block diagram.

Another way to reuse existing code with LabVIEW is by calling .NET assemblies.

To access a .NET assembly, use the Constructor Node. When it is placed on the block diagram, a dialog window appears, allowing the user to select the appropriate .NET assembly. LabVIEW automatically recognizes all methods and properties and exposes these through the Method and Property Nodes.

We have covered four ways to connect to popular languages with LabVIEW, highlighting its flexibility and interoperability. This connectivity helps you seamlessly combine the best of each tool to create flexible test systems, faster.