Home Perspectives Why You Need to Pay Attention to Vampire Energy

Why You Need to Pay Attention to Vampire Energy

Vampire energy is what technical equipment uses when it’s not actively turned on. These devices still pull some level of power from the grid.

Vampire Electricity Isn’t Sustainable—But We Can Stop It

Vampire power: It’s not nocturnal and it can’t be kept away with cloves of garlic, but it is a little bit scary—especially when it comes to sustainability. So, if vampire energy isn’t a creature that goes bump in the night, what exactly is it? It’s the energy that technological equipment, like our computers and televisions, uses when it’s not actively turned on. Even if you’re not binge-watching Netflix and your TV is off, it’s still pulling some level of power from the grid. That’s vampire electricity.

Still, that can’t be a ton of energy, right? Surely, vampire electronics don’t make a huge impact. While the amount of power appliances and devices pull when plugged in but not turned on may seem small, it adds up. Earthday.org reports that one year of 100 billion kilowatt hours of vampire energy produces nearly 80 million tons of carbon dioxide—equivalent to the annual carbon emissions of 15 million cars. In addition to the environmental effect, these sneaky vampire devices cost the average US home $120 every year, adding up to $11 billion in wasted energy for American consumers. (Source)

So, as it turns out, this is a monster worth catching—but the solution starts well before the appliance ever enters your home. The smallest detail, like having a LED light to indicate if the device is on or off, can draw power outside of use. Seth Mansur, Regional Sales Manager of Genie Solar Energy, shares how the problem isn’t a simple fix for electronics manufacturers. “It’s a little bit of carrot and stick,” he explains. “Government regulations are now enforcing manufacturers to increase the efficiency of equipment and, ultimately, standardize it. That’s great for the consumer, but does add some cost to manufacturing the components.”

When it comes to the accuracy required for eliminating vampire energy, the role of test and measurement can’t be understated. Test engineers address two sides of the problem: The energy used in the device’s manufacturing process and the vampire electricity of the products themselves. “Having the right data to know what’s going on in your facility and causing a vampire load is the first step for people to be able to take ownership of their energy,” Mansur explains. “As energy continues to both rise in cost and variability, it’s becoming more and more important that we know what in our facilities and properties is using energy.”

How Test Can Reduce Vampire Energy

As for the devices themselves, being able to track extremely fine measurements of power is essential for consumer electronics. It’s about engineering devices to use less power and to truly “flip the switch” on and off, versus relying on human behavior to remember to unplug a TV or phone charger when it’s not in use. “Anything we can do from a test and engineering perspective that can be hardwired into the device so it doesn’t use vampire energy to start with is ideal,” Mansur says.

While engineers and manufacturers work to reduce vampire power in the product device, there are still things consumers can do to reduce both their carbon footprint and monthly energy bill. “It’s important to test and understand your energy consumption,” Mansur states. For example, you can purchase a residential product that plugs right into your electric panel and gives a signature of every device you plug in—from your hair dryer to your printer. Using such a product, you can see which vampire device pulls the most electricity in your home and remember to unplug it accordingly. “There are also plug strips that you can just physically flip a switch and it turns off all the power to the units, which is very helpful if the technology built into your device doesn’t already have an energy saving feature,” Mansur shares.

Every day, test engineers measure the tiniest amounts of data in the pursuit of a perfect product, and they’re already doing so in the efforts to reduce vampire energy. Though it’s unlikely you woke up today worried about vampires, taking some extra steps to evaluate your own electronics will help contribute to lower emissions while the electronics industry works to have a device truly switch “off.”

To learn more about how test influences energy consumption and production, listen to our Testing 1,2,3 podcast episode below. 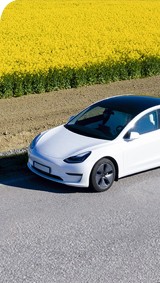 The shift from internal combustion vehicles to EVs could single-handedly reduce greenhouse gas emissions significantly; however, this will require massive adoption in the consumer vehicle market. 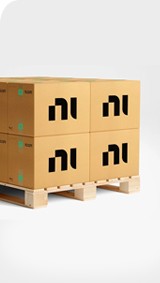 The Need for Circular Design

Companies and governments are increasingly realizing the need to move toward a circular economic model, in which waste is designed out of our production and consumption systems.