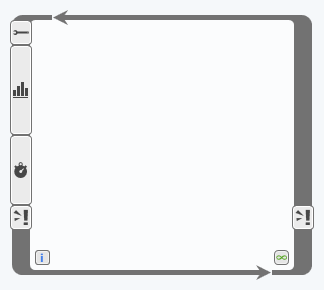 Determines whether to continue executing the loop. The loop runs infinitely by default. To specify whether the loop stops for a True or False Boolean value, configure the continuation behavior.

Tunnels can also assume the following types of functionality:

As the table describes, each mode configuration option affects two settings of the Timed Loop:

The Timed Loop is a deterministic structure, which means that all Timed Loops execute before any other code on the diagram.