This document provides step-by-step instructions for wiring and configuring your NI DAQ device for quadrature encoder measurements. Before you begin using your NI DAQ hardware, you must install your application development environment and NI-DAQmx driver software. Refer to the LabVIEW and NI-DAQmx document for more information.

You can use an NI multifunction DAQ device, a CompactDAQ chassis with a digital I/O C Series module, or an NI counter/timer device to perform position measurements with quadrature encoders (also called angular encoders). The counters on each of these devices can measure angular position with X1, X2, or X4 angular encoders. Quadrature encoders cause two signals to pulse while a shaft in the encoder rotates. These signals are signal A (also called channel A) and signal B (also called channel B), each of which is typically a TTL digital signal.

All four counters are identical. Counters have eight input signals, although in most applications only a few inputs are used. Each counter has a FIFO that can be used for buffered acquisition and generation.

Channel A and B are offset by 90 deg, which determines the direction the encoder moves. When channel A leads channel B in a quadrature cycle, the counter increments. When channel B leads channel A in a quadrature cycle, the counter decrements. The amount of increments and decrements per cycle depends on the type of encoding—X1, X2, or X4.

Channel Z behavior—when it goes high and how long it stays high—differs with quadrature encoder designs. You must refer to the documentation for your quadrature encoder to obtain the timing of channel Z with respect to channels A and B. You must then ensure that channel Z is high during at least a portion of the phase you specify for reload. For instance, in Figure 5, channel Z is never high when channel A is high and channel B is low. Thus, the reload must occur in some other phase.

Before connecting any signals, locate your device pinout. 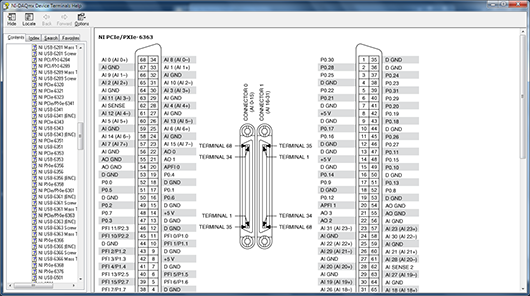 You can use MAX to quickly verify the accuracy of your measurement system Set Up. Using an NI-DAQmx Global Virtual Channel you can configure a quadrature encoder measurement without any programming. A virtual channel is a concept of the NI-DAQmx driver architecture used to represent a collection of device property settings that can include a name, a physical channel, input terminal connections, the type of measurement or generation, and scaling information. 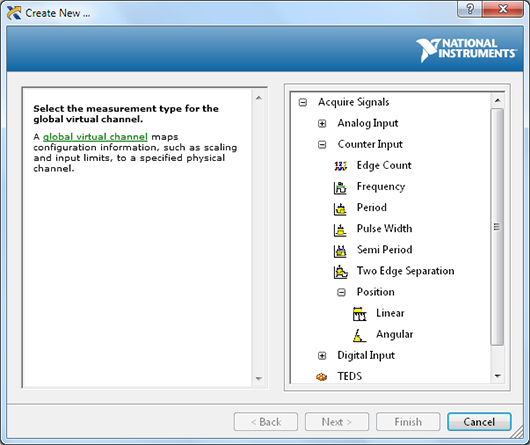 Figure 9. Setting Up an Angular Position Channel in MAX

Wiring A Quadrature Encoder to Your Device

The next step is to physically connect the quadrature encoder to your DAQ device.

Use NI-DAQmx global virtual channels to preview your measurements. You also have the option of saving your NI-DAQmx Global Virtual Channel should you wish to refer to this configuration screen again in the future.

Prev Connect and Set Up Hardware
Introduction to LabVIEW Next