You can choose between two main types of cameras – analog and digital. Digital cameras can be further classified into parallel digital, Camera Link, and IEEE 1394. The following sections contain information about these cameras and their advantages and disadvantages, which can help you choose the right camera for your application.

Analog cameras are cameras that generate a video signal in analog format. The analog signal is digitized by an image acquisition device. The video signal is based on the television standard, making analog the most common standard for representing video signals.

You may have heard the term charge-coupled device (CCD), and wondered how it relates to the analog video signal. A CCD is an array of hundreds of thousands of interconnected semiconductors. Each pixel is a solid-state, photosensitive element that generates and stores an electric charge when it is illuminated. The pixel is the building block for the CCD imager, a rectangular array of pixels on which an image of the scene is focused. In most configurations, the sensor includes the circuitry that stores and transfers its charge to a shift register, which converts the spatial array of charges in the CCD imager into a time-varying video signal. Timing information for the vertical and horizontal positions and the sensor value combine to form the video signal.

Analog cameras are low in cost and easy to interface with a standard analog acquisition device. Therefore, they can solve numerous applications at an attractive price.

Digital cameras have several advantages over analog cameras. Analog video is more susceptible to noise during transmission than digital video. By digitizing at the camera level rather than at the image acquisition device, the signal-to-noise ratio is typically higher, resulting in better accuracy. Because digital cameras are not required to conform to television standards, they can offer larger image sizes and faster frame rates, as well as higher pixel resolutions. Digital cameras come with 10 to 16-bit gray levels of resolution as a standard for machine vision, astronomy, microscopy, and thermal imaging applications. Digital cameras use the same CCD type devices for acquiring images as analog, they simply digitize the video before sending it to the frame grabber.

Fortunately, a large base of parallel cameras exists on the market for almost any imaging application. National Instruments provides cables and camera configuration files to make connecting to parallel digital cameras easy. To determine whether one of the NI acquisition devices is compatible wiith your camera, visit Camera Advisor on ni.com.

IEEE 1394 is a serial bus standard used by many PC peripherals, including digital cameras. IEEE 1394 cameras use a simple, flexible, 4 or 6-wire power cable; and in some cases, the bus can supply power to the camera. However, because IEEE 1394 is a shared bus, there is a bandwidth limitation of approximately 40 MB/s when no other device is connected to the bus. IEEE 1394 cameras also require processor control to move the image data, which limits available processor bandwidth for image processing.

IEEE 1394 is a standard that also includes functions for enumerating and setting up the camera capabilities. You can acquire images from any industrial IEEE 1394 camera and OHCI-compliant IEEE 1394 adapter using NI-IMAQ for IEEE 1394 Cameras driver software, which you can purchase at ni.com.

In standard analog cameras, the CCD is exposed and read in two fields – the odd field and the even field. When imaging an object in motion, the interlacing of the odd and even fields of the CCD sensor causes a double exposure of the image, as shown in Figure 1. 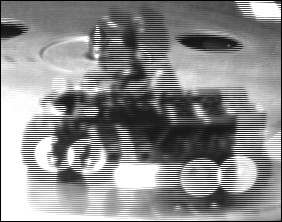 Figure 1. Images of a Moving Object Taken with a Standard Analog Camera

In progressive-scan cameras, the CCD sensor array is exposed at the same time rather than in two steps. This behavior makes progressive-scan cameras especially useful in applications where the object under inspection moves. However, you need to set the appropriate exposure time in order to acquire images without motion-induced blur. Figures 2a, 2b, and 2c are images of a moving toy motorcycle taken with a progressive scan camera using exposure times of 33, 10, and 1 ms, respectively.

Figure 2. Images of a Moving Toy Motorcycle Taken with a Progressive-Scan Camera Using Exposure Times of 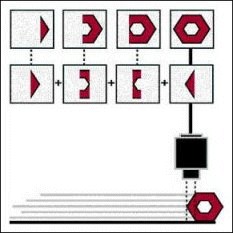 Figure 3. Concept of a Line-Scan Acquisition

Infrared (thermal) cameras measure the infrated, or thermal, energy emitted from a scene. Infrared cameras can help solve some scientific and industrial applications that sensors using the visible spectrum of light cannot solve. You can see many defects easier in the infrared spectrum. You can also measure the contents of containers if the contents are a different temperature than the container. For example, you can use an infrared camera to see the oil level in a compressor when the oil temperature differs from the casing temperature.

National Instruments image acquisition devices make it simple to acquire and process thermal images. You can acquire images from infrared cameras, including some high-resolution digital cameras. Then you can analyze the thermal images with IMAQ Vision image analysis functions. Figure 4 shows a thermal image of a printed circuit board (PCB). The yellow and red areas of the image represent hotspots on the board. 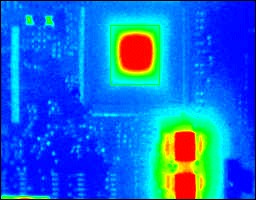 Figure 4. Using Thermal Imaging to Detect Hotspots on a PCB

Camera Advisor is a one-stop Web resource for engineers and scientists who need to select a camera for their imaging application. Using this catalog of cameras, you can compare features and specifications for more than 100 cameras. Camera Advisor also explains how various cameras work with National Instruments hardware and software.

You should consider the following hardware features for your machine vision or scientific imaging applications:

National Instruments high-speed image acquisition (IMAQ) devices provide up to 80 MB of onboard memory. With onboard memory, you can acquire at extremely high rates while sustaining high-speed throughput and greater overall system performance.

NI uses state-of-the-art digital technology to maximize throughput over the PCI bus. Using this technology, you can acquire images from high-speed digital cameras with low latency and no loss of data.

National Instruments IMAQ devices connect to parallel digital, analog, and Camera Link cameras. These devices include advanced triggering and digital I/O features that you can use to trigger an acquisition based on a digital signal from photocells or proximity switches. You can also use digital I/O signals to control strobe lights or relay devices.

IMAQ devices, which offer preprocessing to can improve the performance of your application, can perform such tasks as pixel and line scaling (decimation) and region-of-interest acquisition.

Standard and Nonstandard Multichannel Board

The PCI-1409 board offers easy-to-use driver and camera configuration software for up to four standard and nonstandard analog cameras. You can use the PCI-1409 to acquire images from nonstandard cameras that have variable pixel clocks from 5 to 40 MHz. You can configure a monochrome acquisition from RS-170, CCIR, NTSC, PAL, RGB, and progressive-scan cameras.

NI PCI-1411 and PXI-1411 devices are configurable for color image acquisition from standard NTSC, PAL, and S-Video cameras. You can also acquire from monochrome RS-170 and CCIR cameras. These devices offer fast onboard color conversion to hue, saturation, and luminance (HSL) image data before transfer to PC memory. This feature is especially useful during high-speed color matching and inspection applications, particularly in environments with varying illumination.

Digital cameras offer high-speed image output. Some digital cameras can output data at a rate greater than 100 MB/s. The NI 1424, 1428, and 1422 digital image acquisition devices work with digital cameras from many manufacturers. The devices are ideal for fast, large images and high resolution. With a digital IMAQ device, you can acquire images at thousands of frames/s with high grayscale and spatial resolution.

The NI PCI-1424 is one of the fastest digital image acquisition boards available, working with up to a 50 MHz pixel clock and 32-bit wide digital input (four 8-bit pixels). With up to 80 MB of onboard memory, the PCI-1424 can acquire data at a top rate of 200 MB/s and can sustain 100 MB/s. The PCI-1428 board helps remove the challenge of digital cabling by working with Camera Link cameras. The PCI-1422 and PXI-1422 devices feature a 16-bit input and work with up to a 40 MHz pixel clock for lower-cost, digital image acquisition applications.

National Instruments offers IMAQ hardware for digital cameras that have the low-voltage differential signaling (LVDS) interface. LVDS is a electrical standard that extends the performance of the commonly used digital camera RS422 differential data bus. RS422 limits the frequency to the 20 MHz range. However, LVDS cameras can clock data out at 50 MHz using the PCI-1424 LVDS board. And, you can use the LVDS of the IMAQ board to transmit data as far as 100 ft. LVDS also reduces noise significantly.

Whether you are using LabVIEW, Measurement Studio, Visual Basic, or Microsoft Visual C++, the NI-IMAQ driver software gives you control of National Instruments image acquisition devices. NI-IMAQ is a complete, robust API for image acquisition. It performs all the computer and device-specific tasks for straightforward image acquisition without register-level programming. NI-IMAQ is included with the purchase of any IMAQ device, free of charge.

Figure 5 shows how easy it is to use NI-IMAQ with the IMAQ Vision for LabVIEW image processing library. With only three icons in LabVIEW, you can snap and display an image. You can easily build more complex configurations using this LabVIEW diagram as a foundation. 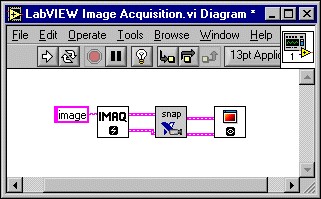 Figure 5. A Simple LabVIEW Diagram that Acquires and Displays an Image

The following is the IMAQ Vision for LabWindows/CVI code that performs the same snap as the diagram in Figure 5.

// This sample demonstrates how to acquire a picture using a high level snap operation
#include "stdafx.h"
#include <windows.h>
#include "snap.h"
#define _NIWIN
#include "niimaq.h"

// Open an interface and a session
imgInterfaceOpen("img0", &Iid);
imgSessionOpen(Iid, &Sid);

// Close the interface and the session
imgClose(Sid, TRUE);
imgClose(Iid, TRUE);

Lastly, the following is the IMAQ Vision for Visual Basic code that performs the same snap operation as the above code and the diagram in Figure 5.

'Display the most recently acquired picture in a Picture Box
'Note that it could be done more simply with the CWIMAQViewer object
'whose demo version is given, see the "Snap in CWIMAQViewer" sample
CWIMAQ1.WindowPlot Display.hWnd
End Sub

NI-IMAQ internally resolves many of the complex issues between the computer and IMAQ hardware, such as programming interrupts and DMA controllers. NI-IMAQ provides the interface path between the hardware product and LabVIEW, Measurement Studio, and other programming environments.

You can easily configure your image acquisition system with Measurement & Automation Explorer (MAX), which comes with NI-IMAQ. MAX is an interactive tool for configuring National Instruments hardware devices. You can use MAX to select the type of camera (RS-170, CCIR, NTSC, PAL, and nonstandard) you are using. You can also set parameters for the region of interest, black and white levels, antichrominance filter, asynchronous acquisition, gain, and exposure time. Additionally, you can use MAX to set up acquisitions from noninterlaced progressive scan cameras. You can also create your own camera configurations for nonstandard video by setting the VSYNC, HSYNC, and other timing information.

NI-IMAQ driver software is designed to scale between many types of acquisition methods, as shown in Figure 6. This design consideration means that you can start using a low-cost, RS-170 camera and image acquisition device and upgrade later to a faster, higher-resolution camera and device with minimal software changes. To start using a new camera or device, all you need to do is configure the new hardware in MAX, the configuration utility for NI devices. Because NI-IMAQ uses one set of function calls that work for a wide variety of cameras, you do not need to rewrite your software. 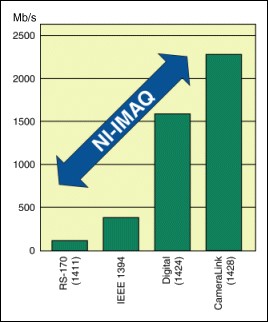 Figure 6. Using NI-IMAQ, You Can Interchange Cameras without Rewriting Your Application.