Learn the fundamentals of creating an AC or DC voltage measurement system. See how to properly connect the signals to your data acquisition system for accurate acquisition.

How to Make a DC Voltage Measurement

Although many sensors output DC voltages that you can measure with a multimeter or data acquisition device, the primary concern of this white paper is to examine general DC measurements that do not involve an intermediary sensor setup.

There are essentially two methods to measure voltages: ground referenced and differential.

One method is to measure voltage with respect to a common, or a “ground” point. Oftentimes, these “grounds” are stable and unchanging and are most commonly around 0 V. Historically, the term ground originated from the usual application of ensuring the voltage potential is at 0 V by connecting the signal directly to the earth.Ground referenced input connections are particularly good for a channel that meets the following conditions: 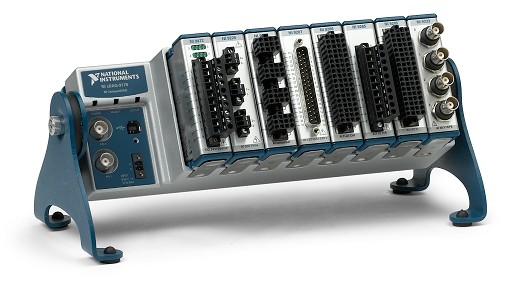 Figure 2 shows the connection diagram for RSE voltage measurements using an NI cDAQ-9178 chassis with an NI 9205 as well as the pinouts for the module. In Figure 2, Pin 1 corresponds to the “Analog Input 0” channel and Pin 17 corresponds to the common ground. 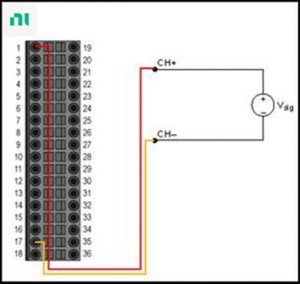 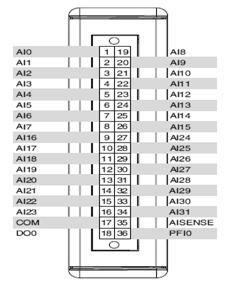 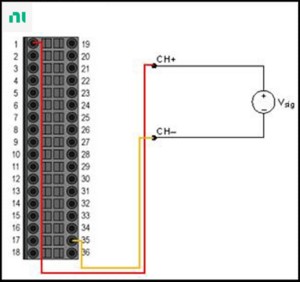 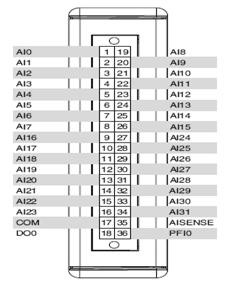 Differential input connections are particularly well-suited for a channel that meets any of the following conditions: 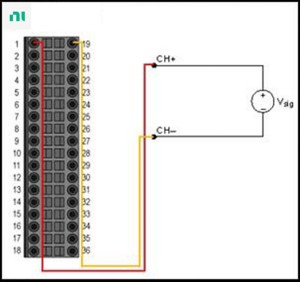 Before configuring the input channels and making signal connections, you must determine whether the signal sources are floating or ground referenced.

A ground referenced signal source is connected to the building system ground, so it is already connected to a common ground point with respect to the device, assuming that the measurement device is plugged into the same power system as the source. Non-isolated outputs of instruments and devices that plug into the building power system fall into this category. The difference in ground potential between two instruments connected to the same building power system is typically between 1 and 100 mV, but the difference can be much higher if power distribution circuits are improperly connected. If a grounded signal source is incorrectly measured, this difference can appear as measurement error. Following the connection instructions for grounded signal sources can eliminate the ground potential difference from the measured signal.

Figure 5 shows the different types of signal source types as well as the optimal connection diagrams based on the individual measurement method. Please note that depending on the type of signal, a particular voltage measurement method may provide better results than others. 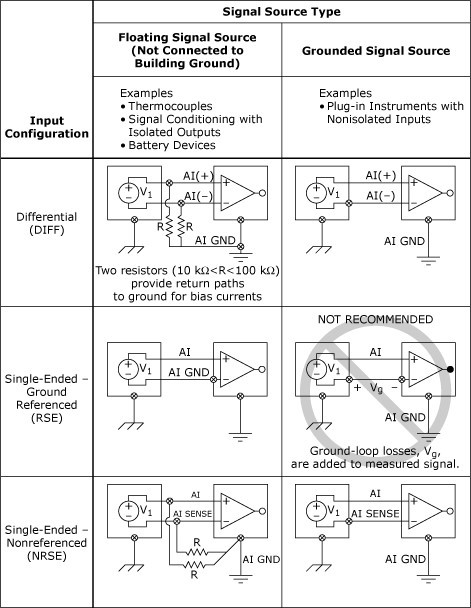 There are many issues to consider when measuring higher voltages. When specifying a data acquisition system, the first question you should ask is whether the system will be safe. Making high-voltage measurements can be hazardous to your equipment, to the unit under test, and even to you and your colleagues. To ensure that your system is safe, you should provide an insulation barrier between the user and hazardous voltages with isolated measurement devices.

Isolation, a means of physically and electrically separating two parts of a measurement device, can be categorized into electrical and safety isolation. Electrical isolation pertains to eliminating ground paths between two electrical systems. By providing electrical isolation, you can break ground loops, increase the common-mode range of the data acquisition system, and level shift the signal ground reference to a single system ground. Safety isolation references standards that have specific requirements for isolating humans from contact with hazardous voltages. It also characterizes the ability of an electrical system to prevent high-voltage and transient voltages to be transmitted across its boundary to other electrical systems with which the user may come in contact.

Ground loops are the most common source of noise in data acquisition applications. They occur when two connected terminals in a circuit are at different ground potentials, causing current to flow between the two points. The local ground of your system can be several volts above or below the ground of the nearest building, and nearby lightning strikes can cause the difference to rise to several hundreds or thousands of volts. This additional voltage itself can cause significant error in the measurement, but the current that causes it can couple voltages in nearby wires as well. These errors can appear as transients or periodic signals. For example, if a ground loop is formed with 60 Hz AC power lines, the unwanted AC signal appears as a periodic voltage error in the measurement.

When a ground loop exists, the measured voltage, Vm, is the sum of the signal voltage, Vs, and the potential difference,

Vg, which exists between the signal source ground and the measurement system ground (see Figure 6). This potential is generally not a DC level; thus, the result is a noisy measurement system often showing power-line frequency (60 Hz) components in the readings.

To avoid ground loops, ensure that there is only one ground reference in the measurement system, or use isolated measurement hardware. Using isolated hardware eliminates the path between the ground of the signal source and the measurement device, thus preventing any current from flowing between multiple ground points. 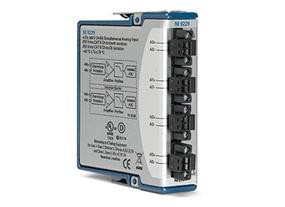 The common-mode voltage range is defined as the maximum allowable voltage swing on each input with respect to the measurement system ground. Violating this constraint results not only in measurement error but also in possible damage to components on the board.

It is important to understand the isolation topology of a device when configuring a measurement system. Different topologies have several associated cost and speed considerations.

The most robust isolation topology is channel-to-channel isolation. In this topology, each channel is individually isolated from one another and from other non-isolated system components. In addition, each channel has its own isolated power supply.

In terms of speed, there are several architectures from which to choose. Using an isolation amplifier with an analog-to-digital converter (ADC) per channel is typically faster because you can access all of the channels in parallel. The NI 9229 and NI 9239 analog input modules provide channel-to-channel isolation to deliver the highest measurement accuracy.

A more cost-effective but slower architecture involves multiplexing each isolated input channel into a single ADC.

Another method of providing channel-to-channel isolation is to use a common isolated power supply for all of the channels. In this case, the common-mode range of the amplifiers is limited to the supply rails of that power supply, unless you use front-end attenuators.

Another isolation topology involves banking, or grouping, several channels together to share a single isolation amplifier. In this topology, the common-mode voltage difference between channels is limited, but the common-mode voltage between the bank of channels and the non-isolated part of the measurement system can be large. Individual channels are not isolated, but banks of channels are isolated from other banks and from ground. This topology is a lower-cost isolation solution because this design shares a single isolation amplifier and power supply.

Most NI C Series analog input modules, such as the NI 9201 and NI 9221, are bank-isolated and can provide accurate analog voltage measurements at a lower cost.

Getting to See Your Measurement: NI LabVIEW

Once you have connected the sensor to the measurement instrument, you can use LabVIEW graphical programming software to visualize and analyze data as needed. See Figure 8, which is taken from the shipped LabVIEW Example: Voltage - Finite Input.vi and found here: