Home Perspectives The Rise of I3C

Unlike in fast-changing industries such as automotive, the mixed-signal space historically has relied on smaller-scale technological advancements and improvements to move forward. But that changed with the introduction and rise of Improved Inter-Integrated Circuit (I3C).

Until now, Inter-Integrated Circuit (I2C) and Serial Peripheral Interface (SPI) have reigned the industry as the two languages most used by engineers—albeit with compromises. As I3C begins to gain momentum, it’s important that teams worldwide understand its impact on the industry and the opportunities it creates.

The Reign of I2C and SPI

Let’s say that you have 20, maybe 30, devices on a board. How are they all communicating with each other? Until recently, engineers have relied on I2C and SPI, given that they’re both application-agnostic. That being said, these protocols have their benefits and trade-offs.

Invented in 1982 by Philips Semiconductors, I2C takes up less space on the board, as it uses two pins to transfer data. Consequently, it’s ideal when simplicity is important. One major tradeoff of I2C is that it has a significantly slower data-transfer rate and requires more complicated hardware, especially compared to SPI.

Developed in the mid-1980s by Motorola, SPI transfers data without interruption. This is an advantage over I2C, which sends data in packets, limiting the number of bits that can be sent. With a considerably higher data-transfer rate, SPI holds notable advantages over I2C. However, even though it is almost twice as fast as I2C, SPI takes up more pins on the microcontroller and the board as a whole.

Typically, engineers use one or both of these protocols so that their devices can talk to the rest of the board—but they have to make tough decisions in doing so. Both protocols have their strengths, but also leave users faced with a decision: High speed or reduced IOs.

As technology is getting faster and more efficient, engineers want to get their data at higher rates, and they want to be able to have the best of both worlds. This was the logic behind the development of I3C: Take the benefits of these two industry-leading protocols (the high speed of SPI and reduced pin count of I2C) so that engineers could use just two pins for higher speeds. Thus, I3C introduces a major change in the way that semiconductors on a board can communicate with each other.

Released in 2017 by the MIPI Alliance, the MIPI Specification for Improved Integrated Interface, or MIPI I3C®, represents an improved standardized integrated interface for sensor technology. As it was just defined about five years ago, I3C is a relatively new protocol. And yet, I3C quickly is gaining speed and interest in the market as more and more teams are excited about the performance enhancements expected from it, including backward compatibility to I2C and existing I2C ecosystems.

In fact, it’s already being utilized in the market. A number of major semiconductor companies are accelerating their investment to start building more devices with I3C capabilities, driving further interest in the market. Thus, more devices hitting the market in the future will be doing so with I3C in mind.

The Best of Both Worlds

At its core, I3C empowers users to do more with less. This new language demonstrates a huge value for engineers who no longer want to compromise between speed and pin count. As the next-generation interface for sensor networks, I3C may just be the best of both worlds.

Widespread I3C adoption continues to gain traction in the industry as an upgrade to the long-established reign of I2C and SPI. But because I3C introduces a layer of complexity, engineers must focus on validation to ensure that new devices are compliant with MIPI I3C standards. The MIPI Alliance has made strides to make implementation and interoperability testing available to anyone interested, whether you’re a member of the MIPI community or not. The first I3C Plugfest was held in Barcelona in April 2017, with a number of interoperability events occurring since then, as popularity continues to increase. In fact, the latest event will be held virtually throughout March 2022.

Though I3C is in the early stages of widespread adoption, engineers are faced with validation challenges that include building out complex test plans to test protocol compliance and functionality. As a test- and validation-focused organization, rest assured that NI is invested in simplifying this process for our fellow engineers. From protocol validation software to digital pattern instruments, NI is equipped to offer both software and hardware solutions to help engineers adopt this new digital protocol.

As teams weigh the benefits of adopting I3C over I2C and SPI, this advancement in the semiconductor space presents exciting challenges nonetheless and offers a glimpse into the future of these use cases. 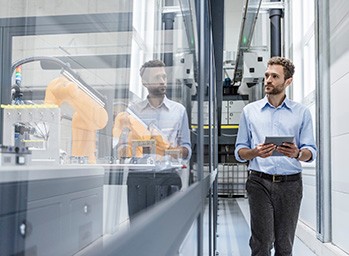 Changing How Your Organization Values Test

A modern approach to test involves making improvements to systems, data, and processes across your organization. Learn why test goes hand in hand with digital transformation and smart investing. 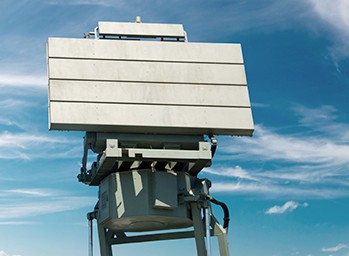 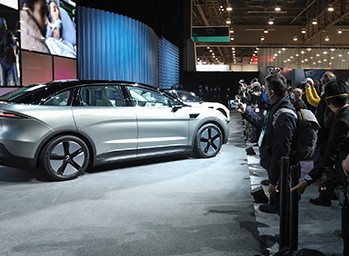 CES Redefined the Future of the Automotive Industry

From self-driving capabilities to color-changing features, concept cars unveiled at the Consumer Electronics Show in Las Vegas sparked interest in what the future of the industry holds.