When it comes to the automotive industry, one might assume that it focuses on big numbers only—more vehicle sales, higher profits, longer ranges, and faster speeds. But believe it or not, many manufacturers are latching onto the number zero right now—and for good reason.

In 2017, GM’s CEO Mary Barra shared a commitment to “zero crashes, zero emissions, and zero congestion,” a pledge modeled off a global campaign called Vision Zero. In 2021, GM was one of the first American OEMs to officially incorporate this ambitious vision of sustainability and vehicular safety into the core identity of its brand. Other major automotive OEMs have followed suit, and today these principles are being rapidly adopted by the industry as it transitions to a new electric and autonomous era.

The current EV shift in the automotive industry is pervasive. For the first time in the century-old industry, many cars won’t use gas, and they won’t need an engine, carburetor, fuel injector, or transmission. Thousands of other components will become unnecessary, too. Cars will also no longer produce emissions—this promise (and government mandates) is why the automotive industry is racing to adopt EV powertrains. The looming question remains: How do we drive the future of mobility safely and affordably?

What Is Vision Zero?

In 1995, Vision Zero was initiated in Sweden as a preventative strategy to achieve zero emissions, zero accidents, and zero congestion to further prioritize traffic safety as a public health issue. Two years later, Vision Zero was officially approved by Sweden’s parliament and was quickly embraced across Europe. The concept was popularized in the United States in the early 2000s due to growing concerns around air quality and emissions. Electrification and autonomous efforts then gained traction, and the EV powertrain came into greater focus.

Mainstream adoption of Vision Zero most notably spiked in recent years when governments across the globe began implementing emission requirements for car manufacturers, which set specific standards on air pollutants across their fleets. Tighter regulation transformed business models as a significant investment in the shift towards electric—or perhaps just away from combustible engines that would be needed to meet requirements. However, the race to deploy cleaner emissions technologies comes with its own set of obstacles, especially in an industry where margins are already running thin. Failure to comply and meet emission standards is also high stakes, resulting in astronomical fines for automakers.

To help fight the climate crisis, the U.S. Environmental Protection Agency and Department of Transportation have recently proposed more stringent fuel emissions standards, with 10 percent emissions reduction requirements in model year 2023 vehicles and then a 5 percent greater emissions annual reduction improvement through 2026. The Biden Administration Executive Order on Clean Cars and Trucks calls for half of all new vehicles sold to be emission-free by 2030, including battery electric, plug-in hybrid electric, or fuel cell EVs.

Despite the current policy push, fewer than 10 percent of fleets manufactured by American OEMs are electric. But recent announcements make it clear the push for innovation is on: GM plans to offer 30 new EVs globally by 2025; Ford revealed the Mustang Mach-E GT, an all-electric crossover; and Rivian delivered its first electric R1T truck. The list goes on, and it’s now difficult to find an OEM that hasn’t announced EVs in production.

Car manufacturers want to bring new electric and autonomous technology to market as fast as possible. Test is critical to achieving this outcome, but the timeline for test often ends up getting compressed to meet time-to-market commitments, with design and the characterization process taking up larger portions of the timeline particularly during periods of high innovation.

Electrification changes everything, and test engineers are crucial in helping the EV evolution run smoothly. Advancing features means more components to test and areas to find failure before it occurs. With electrification and higher levels of autonomous driving, semiconductors are now integral to the entire vehicle. A broken headlight is no longer just a broken light but rather an assortment of sensors, cameras, and processors. The combustion engine, once considered the hallmark of the vehicle and where car manufacturers sought to differentiate themselves, is now quickly being replaced by the EV powertrain—and most of the EV powertrain components are made by electronics manufacturers versus traditional automotive suppliers. These automotive leaders are now faced with reinventing their entire supply chain based on these rapid technological changes and are deciding which parts they want to manufacture, own, and grow vertically, and what they want to outsource to other partners.

Thus, it’s becoming more imperative to make sure all parts of the vehicle run like a finely tuned orchestra. Testing and data help find failure when parts are not working in harmony or when they need to be repaired, which help avoid worst-case scenarios, such as fatalities and recalls. The stakes of not catching failures ahead of time are massive, as we have seen repeatedly in recent years with high-profile OEM brands implementing recalls that yielded catastrophic business impact.

With more integrations and advancing batteries, the scenarios to test against increase exponentially and become more complicated. For decades the industry operated against international standards such as ISO 26262 to validate automotive parts and ensure their functional safety. However, there isn’t currently a set standard to assess electronic parts of vehicles such as cameras, batteries, ADAS systems, ECUs, and other evolving technologies.

Vision Zero is a unifying goal for the industry and is driving mergers and joint ventures at an incredible pace, including unlikely new partnerships between technology companies and OEMs. Vision Zero has formulated a collective, technological vision for the industry that is helping attract much needed capital from the technology industry to convert futuristic automotive designs into reality.

For example, Ford announced a collaboration with U.S.-based semiconductor supplier GlobalFoundries to combat semiconductor shortages that have disrupted automotive production globally. This partnership would allow Ford to better manage the supply and design of its chips.

Within the past two years, there has been no shortage of new mergers and acquisitions, and they will undoubtedly increase in the future. NI Chairman of the Board Michael McGrath explores many of these market disruptions in his book Autonomous Vehicles: Opportunities, Strategies, and Disruptions.

The pursuit to build safer, higher performing, and emission-free vehicles is calling for traditional automotive companies to completely restructure themselves. Major OEMs are seeing value in bringing diversity to their teams and are hiring from semiconductor, electronics, software, financial industries, and more. The core thread that ties every level of an automotive organization together now will be the prioritization of human lives and the emission footprint of the vehicle. NI has a front row seat in watching this transformation, as automotive test confirms a vehicle’s integrity and safety.

The future of the industry is incredibly exciting, and it’s safe to say big changes lie ahead, with great progress being made toward achieving a Vision Zero future. 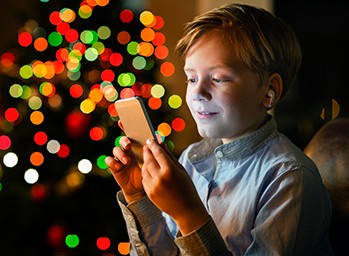 A behind-the-scenes look at how test guarantees that you’ll find reliable and high-quality holiday gifts under the tree. 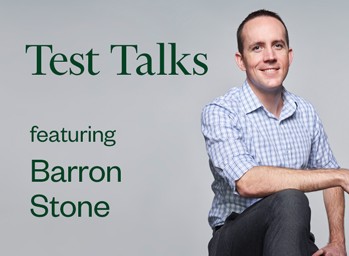 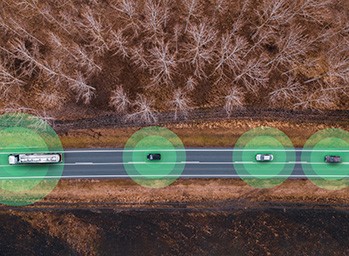