ホーム ビジョン Digital Transformation Is on the Radar

Electromagnetic Spectrum Operations (EMSO) are evolving rapidly due to a multitude of different active and passive sensors, electro-mechanical actuators, effectors, and carrying platforms, all of which are undergoing a profound transformation.

The basic principle of radar remains the same as when it was formulated in the early 1900s by Hertz, Doppler, and others. But today’s software-defined radars bear little resemblance to the assortment of switches, magnetrons, mixers, oscillators, modulators, detectors, and video amplifiers that formed early radar systems.

The environment in which radar systems operate, the electromagnetic (EM) spectrum, is equally complex. The number of civilian and military emitters and users of the frequency spectrum leads to conflicting services, which are regulated by governments via allocating and regulating the EM spectrum into radio frequency bands.

In addition, a wider frequency band occupation is requested by each service to increase the information content to be transmitted (for example, the wider the radar signal is, the more informative the received echo will be). Currently, many users of the EM spectrum search adaptively for the “best” frequency to use within the allocated band, to minimize interference and improve the service quality or protect themselves via frequency agility.

This results in multiple “smart” agents that infer the current use of the spectrum and react accordingly. The resulting state of each dynamic system is hardly predictable, because it’s affected by external factors that evolve dynamically in a closely connected or loose interaction schema. This is further stressed by the emerging machine learning/artificial intelligence capabilities that many systems equip. They attempt to improve their adaptivity to the environment or unknown boundary conditions by “learning” how best to react according to the mission goal and an optimization criterion.

This leads to the current complex texture of aerospace and defense (A&D) systems. The question that ELETTRONICA GmbH is concerned with is: How can we approach the evaluation and validation of such an interconnected bunch of dynamic agents?

Historically, test and evaluation (T&E) has been addressed at the unit and system level in a sequential but disjointed approach. Parametric testing and system-level testing are carried out in accordance with unit and system specifications, which are issued according to the well-known V-model or similar development system approaches. Key tools and principles supporting T&E originate from modelling and simulation science; they allow performing T&E from an initial stage of the product life and in absence of the complete set of system parts. The surrounding environment in which the system and any part of it acts is then simulated with a realism that depends on the required test accuracy.

The introduction of agile development principles has already undermined this sequential structure. On top of that, the ongoing digitalization pushes the change even further. The aim of ELETTRONICA GmbH is to keep pace with the complex interactions of system parts by unifying the framework in which the system is developed and allowing different “views” of the system according to each life stage and user.

This goes through the exploitation of principles and tools offered by Model-Based Systems Engineering (MBSE), Model-Based Testing (MBT), and digital twins (DTs). The challenge remains in building a fit-for-purpose framework to handle the complex system while not overkilling the A&D program.

MBSE involves studying and developing all system aspects through a common, single model and creating various graphical viewpoints that describe the characteristics of the system. These viewpoints are captured in Systems Modeling Language (SysML) and cover structural, behavioral, requirements, and parametric features of the system.

MBT fosters testing of developmental items based on models, which allows verifying the run time behavior against the input sequences, actions, conditions, output, and flow of data from input to output.

The DT is a digital, simulation-oriented representation of the system, which is built from the earliest concept stages of the design cycle all the way through to fabrication, testing, operation, and maintenance. The DT grows with the availability of data and is present throughout the life of the system. It also needs the design specifications and engineering data of the system, the manufacturing equipment, material, method, process, quality assurance, and the operational data (including historic usage data), and the maintenance records of the system. This allows increased realism and fidelity.

ELETTRONICA GmbH believes that the key enabler for the described digital transformation is a hardware platform that yields:

The platform must also be easy for analysts, software developers, and test engineers to use and offer a user-friendly, intuitive graphical user interface.

The collaboration between ELETTRONICA GmbH with NI, and the use of the NI PXI platform with ELETTRONICA’s firmware and software IP cores, has demonstrated that the digital transformation many organizations are striving for is not just feasible today, it’s at hand.

This results in managing a single, unified modelling framework throughout the design and development cycle. The model is used for testing the concepts and functions made progressively available against the complete set of modelled interfaces, environment, and interacting actors.

In parallel, at each step a twin of the system is made available that can survive the design phase (as it indeed supports operational T&E as an additional viewpoint) and can be enriched with data coming from the operational phase of its real counterpart. In a nutshell, the synergic combination of ELETTRONICA’s application knowledge and the NI hardware platform has paved the way for a radical digital transformation of T&E in the aerospace industry, with the goal of keeping pace with the rapidly increasing complexity of systems and applications. 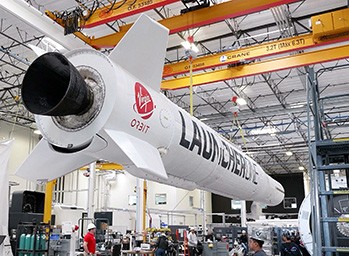 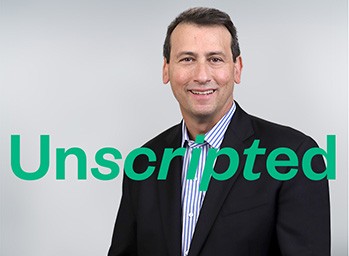