In the 2020s, it’s becoming increasingly clear that automotive and tech companies are deepening the initial collaborations they started several years ago. The automotive market is eagerly embracing some exciting new technologies in its efforts to build better, safer cars. In fact, in many ways, today’s cars offer some of the most advanced technologies that consumers can now buy.

And yet, despite the obvious convergence of industries, there are still some critical differences between the two, particularly regarding the production and test of key technology-based hardware components and system software. Though the tech industry has embraced advanced test and validation methodologies, many auto industry vendors are still holding on to older procedures that aren’t well suited to the demands of newer, advanced technology components.

One of the trends highlighted at recent trade shows was the impact of vehicle electrification. Each new car model has more semiconductors and other electronic components in it than the previous one, and these components are controlling larger portions of the vehicles’ capabilities. Plus, the chips being integrated are increasingly powerful ones. Vendors like Nvidia, Qualcomm, Intel, and ARM—primarily known for designing chips for the computing and smartphone markets—are grabbing more attention away from automotive suppliers like Renesas and NXP and are driving the creation of extremely powerful car computers.

In addition, the automotive semiconductors are expanding beyond their traditional role of powering the in-vehicle infotainment (IVI) system and are providing capabilities for advanced driver assistance systems (ADAS) and even sensor fusion. Big tech vendors like LG and Dyson are now delving into electric powertrains, while others like Panasonic and Harman (which is now owned by Samsung) continue to build increasingly sophisticated in-car digital cockpit experiences. 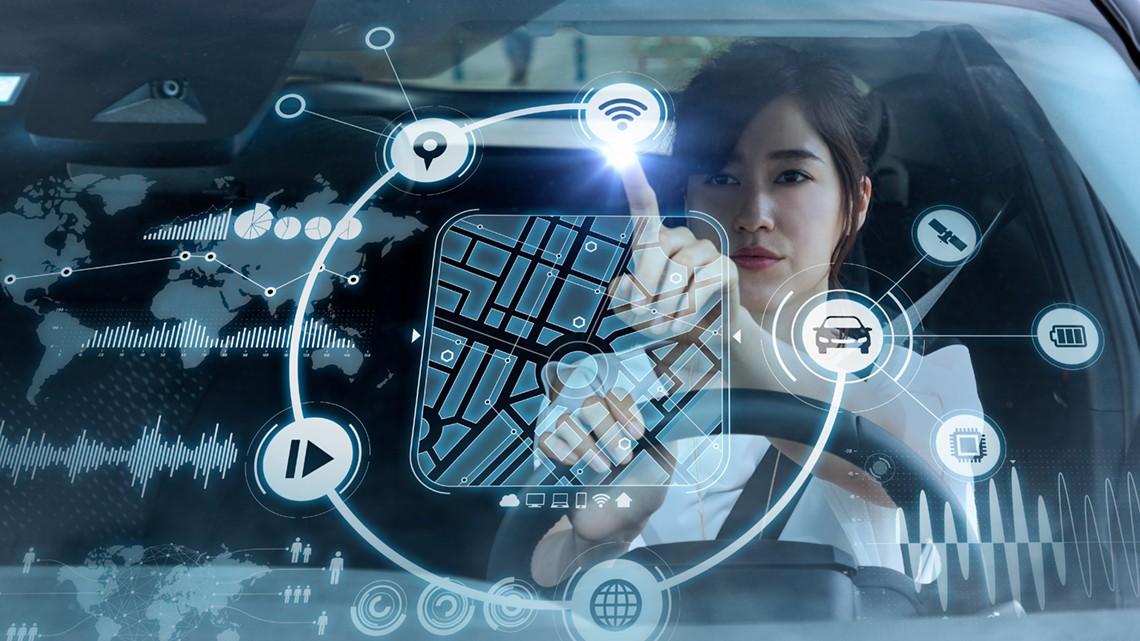 A Conceptualized Cockpit in a Software-Defined Car

These increasingly powerful chips are also enabling more sophisticated software solutions, with well-known tech vendors like Google, Apple, Microsoft, and even BlackBerry starting to build car interfaces that are as advanced as any other tech devices. The software efforts extend well beyond just the UI, however, as state-of-the-art virtualization software is allowing the powerful electronic control units (ECUs) housing the advanced chips inside new cars to take on new tasks that were previously done by physical controllers. The end result is extremely sophisticated automotive computers that increasingly function as software-defined cars.

Given all this complex technology, it makes sense to presume that the same kind of test procedures used on products like smartphones and other mobile devices would be used on automotive ECUs. Unfortunately, however, that’s simply not the case. Because of the legacy nature of the automotive business—remember that the first Model Ts rolled off the assembly line over 100 years ago—many of the test methodologies in the automotive industry are still based on more mechanical approaches.

To be clear, testing cars has always been a tough task because of the many sophisticated electromechanical systems that allow today’s automobiles to function as well as they do.

For modern cars, however, the test requirements are much more challenging. Because of both the software-based nature of much of the vehicle’s key systems and the growing complexity of interactions across multiple digital components, the test, validation, and simulation requirements for modern cars are very difficult to meet. 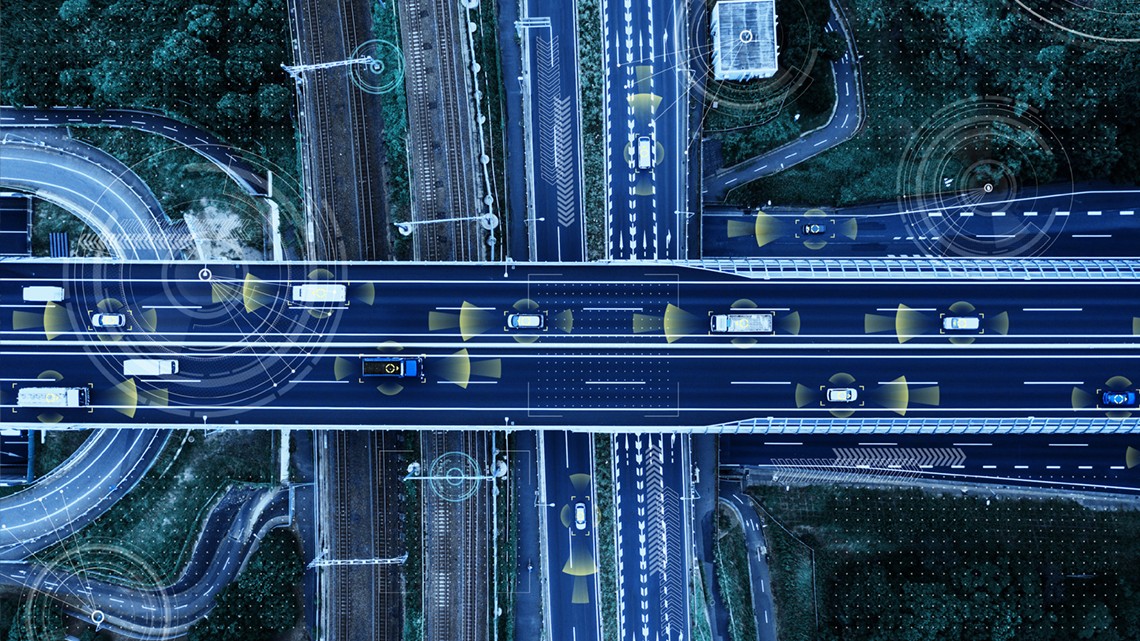 Unfortunately, the combination of traditional automotive test approaches and the advanced capabilities now required has led to some mismatches that can slow the process of delivering advanced cars to market in a timely fashion. In addition, the disconnect between test processes and new requirements has created several practical challenges. For example, many Tier 1 automotive suppliers as well as the carmakers themselves often test ECUs in a serial manner—one at a time—instead of the common method of parallel test for modern digital devices. Though this seems fairly basic, it’s a function of an industry that used to evolve at a much slower pace.

In addition, many of the test suites developed for modern cars don’t have the level of sophistication they need to accurately catch potential flaws, especially given the extremely large amount of code now found in today’s vehicles. Also, with the rapid-fire nature of today’s software development environments, many of them are not equipped to handle the fast, iterative testing of new software builds. To solve these kinds of issues, automakers need to look at both the kinds of test equipment they’re using for these tasks and the more sophisticated software test development tools now available (and that the tech industry relies on).

Of course, to the automotive industry’s credit, its emphasis on reliability and safety-based test is unrivaled. Due to both extensive governmental automotive safety regulations around the world and carmakers’ vested interest in producing cars that protect their customers as much as they can, there are extensive safety test efforts in place for the automotive industry, particularly around physical controls and systems.

The challenge for the automotive industry moving forward is integrating these two very different worlds from a test and methodology perspective. As has been commonly pointed out, though blue screens of death may be annoying on tech devices, they can lead to actual loss of life in automobiles, so new approaches that integrate the best of both worlds need to be developed.

In addition, as cars start to incorporate features that make driving decisions on behalf of the driver, the need for building trust among potential buyers becomes critical. In order to do that, companies have to thoroughly test and vet these capabilities to help consumers overcome some of their potential fears. Of course, this all has to happen without adding significant costs to the vehicle. This, in turn, has a real-world impact on not only the cost of goods necessary to enable these features but also the development and test time needed to bring them to life.

From a test perspective, this means creating parallel test architectures, automating tests, designing for software upgradability, testing new usage and ownership models, validating interactions with new technology ecosystems, and so on. To help achieve this, companies need not only the most sophisticated test tools they can get but also ones that have proven themselves over the years in equally challenging environments like smartphones and other mobile devices.

Part of what needs to be done includes creating innovations in the test environment. This means evolving from testbeds that were designed with fixed functionality in mind to a more flexible, software-based approach that allows modular hardware and software components to be integrated as needs change.

Companies like NI have a long history of building these kinds of sophisticated test environments for major tech vendors. With NI’s flexible platform-based approach, automotive test teams can own the test system IP and make changes quickly rather than relying on third-party vendors.

As automotive manufacturers evolve from carmakers to mobility providers, it’s time for them to take a fresh look at their test tools and approaches. They need to overcome the pressure of new and rapidly changing test requirements using an open and easily upgradable platform that is designed for test system flexibility, and that enables them to test the vehicles of tomorrow today.