“With our short-term software development of a Python API and FPGA additions, we could turn the NI mmWave test system into an outstanding prototyping platform for joint wireless communication and radar sensing, which is essential for 6G research at the Barkhausen Institute.”

In theory, wireless communication and radar sensing are based on the same physical phenomenon—namely the propagation of electromagnetic waves—and can thus share the same waveform, spectrum, and hardware. In practice, however, this requires extensive research and prototyping to determine feasibility of new waveform and hardware designs.

With the help of NOFFZ, researchers at the Barkhausen Institute quickly achieved initial milestones with the mmWave test system. The modular platform with Python API and FPGA additions that NOFFZ implemented, allowed the researchers to test communication algorithms and demonstrate their concept. Results on chirp-based waveforms and RF hardware challenges have already been published in peer-reviewed papers.

Autonomous vehicle networks, among other applications, already incorporate both radar sensing and wireless communications. Traditionally, each service—radar and communication—operates on its their own frequency band and requires its own hardware platform. In 6G, however, both functionalities will likely be integrated, sharing the same waveform. This will allow an efficient usage of hardware and spectrum, improve the efficiency of both services, and open up the possibility of many new applications. This approach is known as joint communication and radar sensing (JC&S) or integrated sensing and communications (ISAC), and the vision is to offer radar as a service (RaaS) on demand in the communication network, reusing the same radio resources and employing a single hardware platform (Fig. 1). The Barkhausen Institute in Dresden is researching such a JC&S system, and for its hardware validation it is employing a software framework developed by NOFFZ, enabling researchers to use NI’s mmWave transceiver system for efficient prototyping. 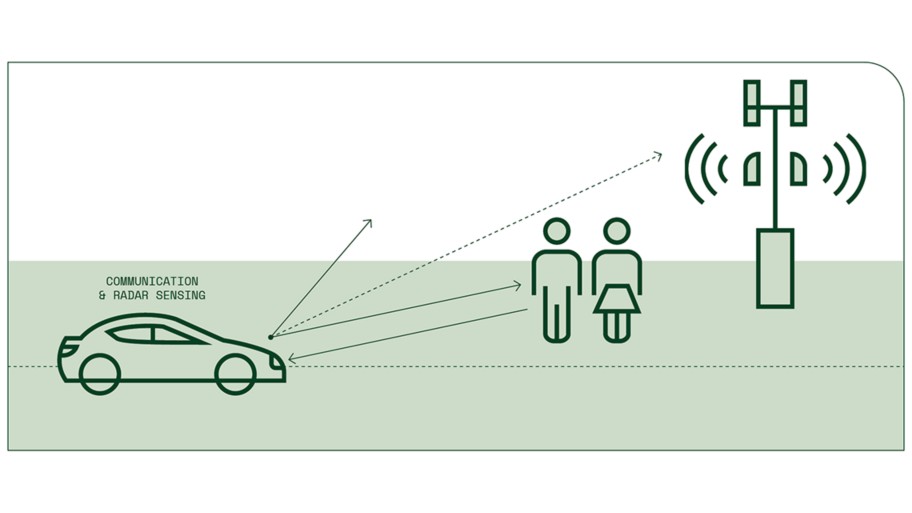 Figure 1. A joint communication and sensing scenario with a car, people on the road, and a base station. (1)

JC&S is expected to be one of the key features in Beyond 5G (B5G) networks. The combination of radar and communication systems requires the design of more cost- and power-efficient transceivers. At the Barkhausen Institute, researchers are investigating new waveforms and appropriate signal processing techniques that can be applied efficiently and cost-effectively for both purposes. In August 2019, they opened a public tender seeking a 74 GHz mmWave transceiver system enabling both the design and validation of communication and radar technologies. NOFFZ’s expertise in the NI mmWave Test System hardware platform, high-throughput FPGA programming, and general software development was an excellent fit for providing Barkhausen Institute researchers with a simple API to control the generation and measurement of arbitrary waveforms in the mmWave range.

NOFFZ delivered a complete test system including a software framework that allows the researcher to focus on their domain expertise and abstract the complex interaction with the hardware.

The selected hardware platform (NI mmWave Transceiver System with radio heads) covers operational frequencies from 71 to 76 GHz with a real-time bandwidth of 2 GHz and an analog gain range of 55 dB. It was also selected because of the three operating modes available for both TX and RX paths. The system includes baseband and IF hardware, allowing flexibility in using different RF front ends or using only IF or baseband signals. It supports I/Q sampling rates up to 3.072 GSps and I/Q data resolution of 12 bits. The integrated NI Flexrio  FPGAs could be used to process the 2 GHz channels in real time or to implement various digital signal processing (DSP) algorithms. Furthermore, the system architecture could support new software environments through API extension.

The second advantage is the system synchronization. The two PXI systems can operate independently or in synchronized mode. For the latter, a timing and synchronization module (NI PXIe-6674T) has been added to the base configuration of the mmWave Transceiver System. The two PXI systems can share a start trigger for transmission and both receivers. Alternatively, they can operate in coherent operation sharing LOs. Once the system is initialized, the synchronization stability (trigger jitter) is less than 1 ns. This means that the required value of 25 ns is met by far. 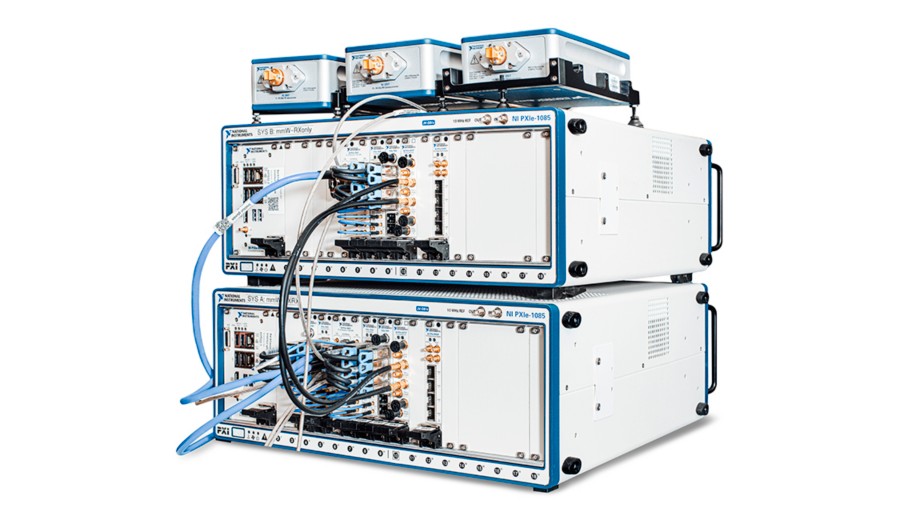 The described system architecture won the tender also because of the scalable and modular application software. NOFFZ designed three modules:

As requested in the tender, remote instrument control has been implemented via the Python API. The modules running on the NI mmWave system have been implemented using NI LabVIEW. The NI LabVIEW FPGA module allows the reference FPGA code to be extended for digital baseband coverage both in TX and RX paths. The modules and applications communicate with each other using ZeroMQ (ZMQ) TCP library, which is common for connection management when using multiple different targets and programming languages. In addition, a user interface has been developed for debugging and control purposes that runs locally on the PXI systems. A simulation mode allows testing and experimenting with the API even without hardware access. 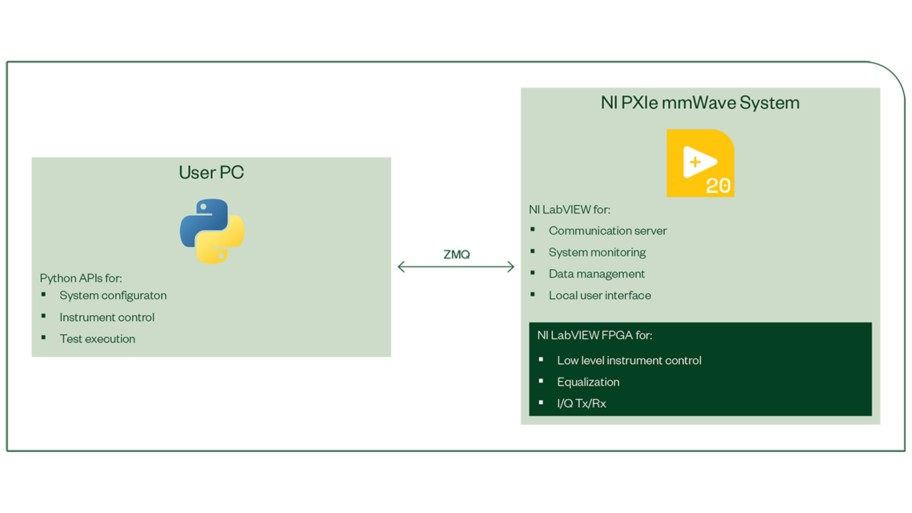 The goal of NOFFZ was to develop a complete software framework that allows abstraction from complex RF mmWave hardware and works with simple APIs. This makes it easy for users to maximize equipment utilization. The NI mmWave Transceiver System is an off-the-shelf software defined radio with API support for NI LabVIEW and a basic sample streaming project. Finding new waveforms for a JC&S system requires new proposals based on orthogonal frequency-division multiplexing (OFDM) or frequency-modulated continuous wave (FMCW). Under the hood, this required the development of FPGA additions opening up the onboard DRAM for higher sample sizes and signal corrections.

In theory, wireless communication and radar sensing are based on the same physical phenomenon—namely the propagation of electromagnetic waves—and can thus share the same waveform, spectrum, and hardware. In practice, however, this requires extensive research and prototyping.

Researchers at the Barkhausen Institute were able to achieve initial milestones with the mmWave test system previously described. The modular platform allowed them to test communication algorithms and demonstrate their concept. Some results on chirp-based waveforms and RF hardware challenges have already been published in peer-reviewed papers. Realization in an automotive or other use case will ultimately depend on the cost-effectiveness of the joint functional system. NOFFZ development and implementation of the Python API and FPGA additions will hopefully speed up the process.

Products in This Case Study