One of the hottest topics rising out of the summer heat this year has been NewSpace, also known as the billionaire race to space, which has ignited an intense rivalry between global entrepreneurs. Take Virgin Galactic founder Richard Branson, for example, who successfully returned to earth recently, making him the first billionaire to travel to space aboard a spacecraft he helped fund: "Welcome to the dawn of a new space age," Branson declared upon landing. Despite vast competition, fellow billionaire Elon Musk also already has a deposit down on Virgin's rocket-powered plane. Likewise, Jeff Bezos just made history as he crossed the Kármán line alongside the oldest woman and the youngest person to go to space on New Shepard.

Never before has test and measurement been front and center in such a prominent way within an industry, and the reason is quite simple: Ensuring initial rocket tests are successful before space travel prototypes scale is a vital step in gaining consumer confidence in personal space travel. The same process was accomplished in aviation with plane travel, where a tremendous amount of testing and failing, over and over again, was a prerequisite for the industry to scale safely and get to the ubiquitous point where it is today.

Arguably and often not without controversy, no one has shown us more about failure and what’s possible than Elon Musk with SpaceX. Let’s take, for example, SpaceX’s video of how not to land an orbital rocket booster, which was viewed more than 26 million times.

Although many space industry outsiders saw SpaceX’s most recent rocket crash as an epic fail—and you may have been one of the skeptics—for those of us inside the space market, it was seen as a necessary and brilliant step in the future of rocket launching. Up until then, after the payload portion of a rocket is launched (cargo, satellite, space equipment, or humans), the rocket booster is programmed to crash into the ocean. Musk saw an opportunity to save the rocket booster materials to reuse the rocket parts and materials, finding a completely new way for aerospace companies to save costs while maximizing assets. Despite the failure many saw from the rocket blowing up after landing, for those working within the industry, it inspired a perspective shift in how grand engineering challenges can be tackled. It may have looked like a catastrophic failure to those on the outside, but for aerospace engineers, the failure opened up new doors for space travel design.

Enough Space for Everybody

With Branson having just tested his own vehicle for space tourism and declaring it his mission to make space travel accessible to everyone, humanity remains at the cusp of mind-blowing future space tourism applications. The coming years will be filled with excitement as we see new space applications come online and radical space travel business models.

Thinking about experiencing our most interesting sci-fi movies come to life is amazing to contemplate and at the same time, also allows humanity to reach for new milestones. However, with advancing space travel comes other benefits we can explore with applications, such as extending global internet through satellite constellations. Space can offer cost-effective opportunities for rural areas without internet infrastructure, or even opportunities for regions struck by natural disasters to gain reliable internet access and remain connected. The applications and innovation can be endless when we think about the untapped potential space opens up for everybody.

None of this will be possible without aerospace technology being tested, often and early, to get it to a safe place where it could even begin to support flying private astronauts and private citizens.

NI has had a front row seat watching the high-speed pace of commercial space travel innovation erupt. The passion and private interest of billionaire entrepreneurs as well as a variety of aerospace start-ups is propelling the industry forward. Having worked with many of the most cutting-edge organizations deploying space systems to government-funded aerospace programs and start-ups for decades, NI engineers are helping aerospace engineers test the latest technological designs and machines for space travel while driving down costs at the same time. For personal space travel to really take off, rocket equipment costs need to decrease rapidly, making it an incredibly exciting time for NI engineers, industry players, and humanity, in general.

No matter how commercial space travel exploration evolves, we count the milestone of non-astronaut humans getting to space in the first place as a win. 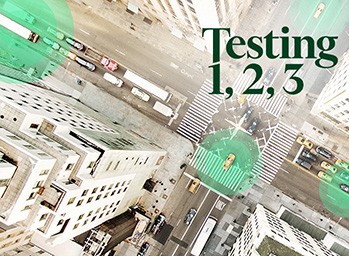 The Future of Mobility

How can we achieve Vision Zero? It depends on how we approach test and infrastructure development. 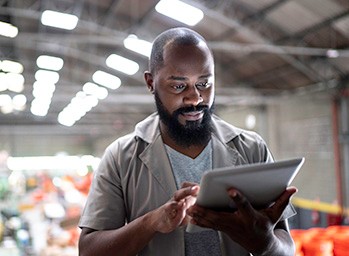 In a digitally transformed world, it's simply unacceptable for test and measurement data to remain in unreachable silos. 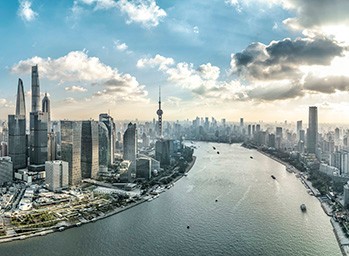 Data: As Essential as Water

Much like the role water plays for living organisms, data can be an essential fuel for your business, but it must be collected, refined, and transported before it can deliver this value.