A needlessly slow Wi-Fi connection can seem like the ultimate irritation, threatening to interrupt pressing work deadlines, the highly anticipated premiere of a show or movie, or a tightly competitive live gaming session. What many people don’t realize is that the speed of their connection is often limited by the wireless link between their devices and the router, which can throttle available Gigabit Ethernet speeds. Especially as larger numbers of high-throughput devices are introduced into networks, increased total capacity from the next generation of Wi-Fi will be crucial. Wi-Fi 7 is coming—and promises to transform the wireless experience.

Explore best practices to accelerate product development and utilize smart analytics in and beyond the lab with NI's Semiconductor & Electronics ebook series.

Since the dawn of Wi-Fi, each evolution of the standard featured innovations that improved throughput, redundancy, and total capacity. For example, IEEE 802.11n introduced multiple input, multiple output (MIMO) antenna techniques to wireless networks more than 15 years ago. Using this technology, 802.11n devices could simultaneously transmit multiple signals at a maximum total data rate of 600 Mbps.

By 2011, the number of wireless devices in the United States outnumbered Americans. With the increasing likelihood that routers were supporting dozens of wireless devices, the next generation of Wi-Fi (802.11ac) was designed to support both high-throughput and multiuser use cases. IEEE 802.11ac released in 2013 and used a combination of wider bandwidths and more antennas to increase maximum theoretical access point data rates to 7 Gbps. Featuring multi-user MIMO, IEEE 802.11ac allowed multiple users to access a wireless network simultaneously using different access point antennas. It also quadrupled the complexity of quadrature amplitude modulation (QAM) waveforms from 64 to 256 constellation points.

The number of connected devices has continued to skyrocket—driving demand for more wireless capacity and multiuser capability. In 2019, an estimated 8.6 billion connected devices existed worldwide, and that number is forecasted to grow to more than 29 billion in 2030. To deliver data to multiple devices simultaneously with only one transmission and enable the growth of the Internet of Things (IoT), Wi-Fi 6—more formally known as IEEE 802.11ax—was ratified in 2019.

In 2023, Wi-Fi 7 (IEEE 802.11be) will further push the capabilities of home routers. Driven by continued demand for higher throughput and lower latency, Wi-Fi 7 features a handful of key innovations. First, it adds the new 4096 QAM modulation type, which further increases radio complexity while delivering more bits per symbol per hertz. Wi-Fi 7 also features improvements in latency for growing applications like virtual and augmented reality. Finally, it also doubles the number of MIMO antennas from 8 to 16, effectively doubling the throughput of each communication channel.

All told, Wi-Fi 7 will offer theoretical data rates up to 36 Gbps. Consumers should be able to transmit more data at faster speeds through their home and industrial networks as well as their laptops and smartphones, and even wearable devices such as smart watches. We’ll see totally new wireless experiences with higher definition video streaming, augmented reality, and virtual reality improvements.

To address Wi-Fi 7 advances, the semiconductor industry must develop new solutions and test them. Industry leaders can meet this challenge using new flexible and scalable test methods from test experts such as NI.

“The last five revisions of Wi-Fi have each required the chipmakers to further push the performance of RF components,” said David Hall, global go-to-market director of semiconductor and electronics at NI. “So, there’s value in having a modular and software-centric test approach that can be easily adapted for the next standard.”

In previous-generation wireless technology, a device could connect to only one Wi-Fi band: 2.4 GHz or 5 GHz. MLO allows devices to transmit data across multiple bands at the same time, which improves throughput and reliability while lowering latency.

By doubling the maximum single-channel bandwidth from 160 MHz to 320 MHz, Wi-Fi 7 offers much greater throughput than Wi-Fi 6. In addition, its 4096-QAM modulation type optimizes signals so they can transmit more data. According to Intel, these advances “could easily enable high-quality 8K video streaming or reduce a massive 15 GB file download to roughly 25 seconds.”

Of course, higher complexity modulated signals come with the cost of higher- performance RF front ends. As a result, test engineers in both the lab and manufacturing environments must innovate to achieve even higher fidelity measurements to ensure devices meet or exceed desired specifications.

“The need to sustain 4k QAM transmissions in an over-the-air environment drives exceptionally stringent requirements on Wi-Fi modulation quality measurements,” said Chen Chang, strategic business development senior director at NI. “The more complicated the signal, the higher the performance of the devices that have to transmit and receive them, and the higher the requirements are in the instrumentation to test those, which is where NI comes in.”

Manufacturers, from baby monitor producers to carmakers, know that to address consumer demands, they must increase the power, reliability, and security of devices while decreasing their size and costs and meeting time-to-market requirements. Fast and accurate wireless test solutions that can scale for a range of RF instrumentation and work with analog, digital, and other instruments to meet a variety of measurement needs are needed.

With a software-connected approach, services, and support from NI, a test system can reliably validate a wide range of IEEE standards and devices for years to come.

“NI is committed to helping customers adapt to change in the industry,” Chang emphasized.

The next big change, Wi-Fi 8, is expected in about three years. Researchers are already discussing the requirements, features, and technical capabilities, and NI is listening carefully. 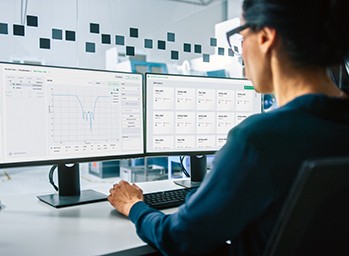 Test engineers have an opportunity to share data across silos, improve collaboration, and accelerate product development through software standardization. 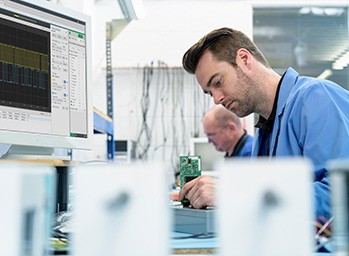 Rising use cases of I3C is leading businesses to consider what this new digital protocol means for their teams and the industry as a whole. 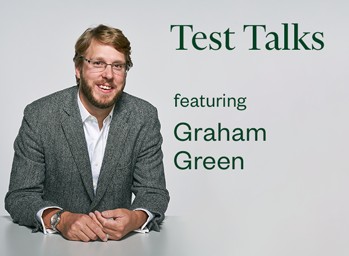 Why You Need to Build a Test Strategy

Building an effective test strategy demonstrates how your team contributes to the unique promise of your company beyond operational costs.