Working with virtual reality to create digital twins and threads offers nearly endless possibilities that companies are just beginning to take advantage of.

Why Digital Twinning is Necessary for the Future of Test Engineering

Does virtual reality (VR) immediately make you think of someone wearing a gaming headset and wandering around a room with their arms stretched out? That might be a common perception, but VR has a myriad of practical applications for innovation. Working with VR to create digital twins and digital threads offers nearly endless possibilities that companies are just beginning to take advantage of.

To dive into this Matrix-like world of digital opportunities, we spoke to Dr. Will Roper, a professor and former U.S. Air and Space Forces weapons chief, to get a better sense of this digital twin technology. “A digital twin is the digital representation of the physical system that you could build, but may choose not to,” Roper explains. These exist in a virtual universe called a digital thread, which holds the digital twin model.

Besides sounding supercool, why is all of this digital twinning necessary? Turns out, it’s designed to make the physical world easier to navigate. “In the Air Force, our concept of a digital thread was having interconnected models across the lifecycle of a system,” Roper shares. In a perfect world, these models would live across the entire lifecycle—from early design all the way through operations and maintenance. The advantage is that you end up with interconnected models sharing an API. So, “when changes happen in one, they are propagated to the other, and vice versa,” he adds.

But the real goal of building a digital thread with these connected models is that they can act as a substitute for testing in the real world. “You can skip the physical world steps, or at least shorten them,” Roper says. “The idea is to use your digital thread to do as much as you can digitally, so you’re only doing the minimum set of things in the physical world.” This makes tests faster and less expensive, and reduces the impact on the environment. In Roper’s words, a “win, win, win.”

When looking into digital twin examples, we find a lot of tests that fall both in the digital and physical world—oftentimes where you wouldn’t expect, like Formula 1 racing. “Because of the demands of that sport, the caps on spending, differences in track design, and driver requirements, it’s impossible to physically build all of the prototypes you would need to prepare for everything optimally,” Roper explains. “And even if you could, the 80 percent obsolescence in parts that they face over a season would make any accomplishment in the physical world increasingly of diminishing returns. The real world changes too fast to keep up with that.”

Formula 1 teams didn’t necessarily want to be digital, but they wanted to win. So, they digitally transformed. “They were able to collect large amounts of data on nearly every aspect of racing,” Roper shares. “Rather than just let that data sit stagnant in the databases, they made it alive—living in digital twins and digital treads of cars and tracks. The outcome was a sport that now won or lost digitally before it actually wins with a physical checkered flag. The teams know whether they are ready, statistically, to win based on their digital preparation.” They model all aspects of the car to optimize and get better performance under different track conditions. “Whether or not they win on the day of the race is really just a matter of whether the odds go their way. It’s so impressive to see the polarity of the sport now focuses digitally,” Roper says.

Of course, digital twinning isn’t limited to sports. It has massive uses in aviation, as well. The T-7 trainer jet is completely designed and manufactured digitally. Roper shares that they were able to “produce airplanes the first time as if we had produced 100 of them” because they had learned to make them digitally. Using the digital thread and twin, they were able to look at test in an entirely new way. “Our goal was to prove to that we could use our past data, as well as data we had already collected on the assets, to do the normal, nonenvelope-pushing flights digitally,” Roper explains. “That way, we could focus our [physical] test pilots on the things that were on the edge of performance. It was great to see our polarity start to shift from physical to digital.”

The digital twin model means that, at least in Dr. Roper’s opinion, “the more physical things you’re doing, the more backwards you’re going.” The shift from physical to digital is a cultural change for the way testers think about models and simulation. In the future, Roper sees testers first and foremost being digital testers. “We may instrument our platform just to check and validate, but that’s not the purpose of our test,” he says. “Our test is to get to the edge of the envelope, so that we have more data and more confidence.”

So, are we heading for a digital future like The Matrix, knowing things because of our data and digital models? Well, maybe. “We’re not yet to where we have a metaverse for aviation,” Roper says, “but I think that will happen one day. I think we will view these realms of physics as areas where we can get increasingly closer to a full substitution of a digital reality for a physical one.” Digital threads and digital twins will enable that kind of future, giving testers more and more impact early in the design process.

Hear more from Dr. Will Roper about the future of VR and digital twins in our Testing 1, 2, 3 podcast episode below. 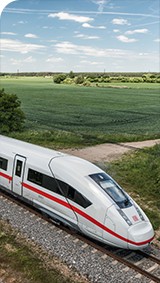 High-speed and commuter trains are extremely complex constructions with thousands of components. Siemens Mobility Rail Solutions sought to develop a cost-efficient way to test them. 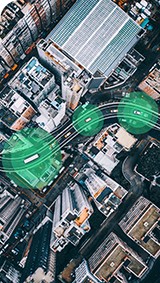