It was 4:13 a.m., and Claire Clark silenced her alarm for a second time. She was meeting up with her teammates within the hour and knew that this was the start to a long day. What she had not realized yet, was that the day will reveal a moment that would affirm a decision she made months before—a decision that she’s still proud of today and one that had a profound impact on her professionally.

The robotics team from the University of Oklahoma was traveling to the city of Stillwater for the 2016 OSU Mercury Remote Robot Challenge. The team was exhausted but not because of the early-morning travel. After months of designing, prototyping, testing, failing, and testing again, they were anxious to see how their robot would compete. They were also relieved—it was only a few weeks prior that their robot suddenly overheated and emitted a cloud of smoke during a critical design review with faculty advisors. The fact that they had a working robot was a miracle to some on the team.

While traveling to the competition, Claire recalled how this all started for her. It was at an engineering fair in the fall semester when she decided to join the team. She thought robots were cool, and she also knew that joining the team would provide her with opportunities to apply many of the theories studied in her coursework. When the team began to assign roles and responsibilities, Claire decided to focus on the mechanical components of their robot, like the drivetrain.

The competition involved steering their robot around a track through a series of obstacles to the finish line. Teams had to maneuver their robots from a remote location and were penalized every time their robot touched the track barrier. When it was finally their turn, the robot was off to a good start. But any hope for a top-placing finish was soon forgotten as their robot repeatedly bumped into barriers. Their inexperienced driver struggled to navigate the course but finally reached the end. The team finished in seventh place, not the outcome they had hoped for, but an effort they were still proud of. In fact, the judges recognized the team’s efforts and award them with the Judges’ Choice Award.

Looking Back, Looking Ahead

This was Claire’s experience at her first robotics competition, but it would not be her last. She continued to support the team throughout college and leveraged the opportunity to explore different roles on the team. But the first team will always be special to her. It gave her the practical experience she was looking for but also taught her invaluable lessons that continue to serve her today.

For example, Claire attributes learning how to speak different engineering languages to her time with this team. She says it’s a skill that professionals value but students don’t always understand. The competition forced teammates to communicate cross-functionally, which meant they had to understand each other’s individual pursuits while working toward the team’s ultimate goal.

Before she joined the team, she knew that she wanted to be a part of creating things that change the world. She wanted to be involved with projects and products that have a positive influence on society. Even though her team’s robot did not solve any complex challenges, it proved to Claire that engineers of all levels can accomplish anything when they work together.

Claire joined NI after graduating college and supports Product R&D. Today her focus has shifted away from mechanical design and is more software centric, but she still enjoys that feeling of being close to a product and part of a team. She carries the lessons learned from that first competition with her and remembers the moments that paved the way to her becoming an engineer. 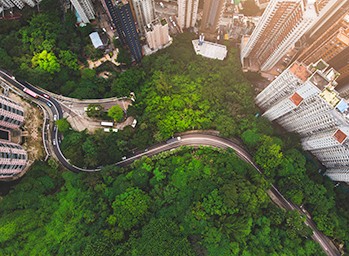 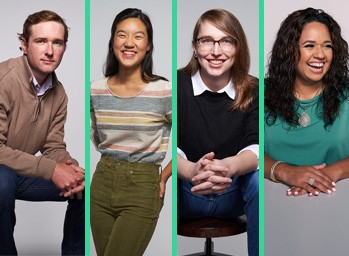 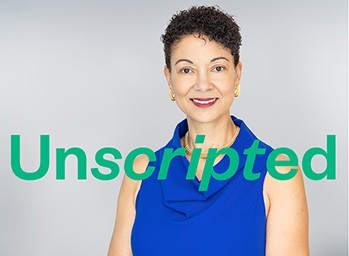 CEO, strategist, and author Shellye Archambeau explains why she does not apologize for her ambitions—nor should you.