The Local Interconnect Network (LIN) is a low-cost embedded networking standard for connecting intelligent devices. LIN is most popular in the automotive industry.

The Local Interconnect Network (LIN) bus was developed to create a standard for low-cost, low-end multiplexed communication in automotive networks. Though the Controller Area Network (CAN) bus addresses the need for high-bandwidth, advanced error-handling networks, the hardware and software costs of CAN implementation have become prohibitive for lower performance devices such as power window and seat controllers. LIN provides cost-efficient communication in applications where the bandwidth and versatility of CAN are not required. You can implement LIN relatively inexpensively using the standard serial universal asynchronous receiver/transmitter (UART) embedded into most modern low-cost 8-bit microcontrollers.

Modern automotive networks use a combination of LIN for low-cost applications primarily in body electronics, CAN for mainstream powertrain and body communications, and the emerging FlexRay bus for high-speed synchronized data communications in advanced systems such as active suspension.

The LIN bus uses a master/slave approach that comprises a LIN master and one or more LIN slaves.

The message header consists of a break used to identify the start of the frame and the sync field used by the slave node for clock synchronization. The identifier (ID) consists of a 6-bit message ID and a 2-bit parity field. The ID denotes a specific message address but not the destination. Upon reception and interpretation of the ID, one slave begins the message response, which consists of one to eight bytes of data and an 8-bit checksum.

The master controls the sequencing of message frames, which is fixed in a schedule. You can change the schedule as needed.

There are several versions of the LIN standard. Version 1.3 finalized the byte-layer communication. Versions 2.0 and 2.1 added more messaging specifications and services but are compatible at the byte level with LIN 1.3.

1This feature is not natively supported by the API; however, you can implement the functionality.

Normally, the master task polls each slave task in a loop by transmitting a header, which consists of a break-sync-ID sequence. Prior to starting the LIN, each slave task is configured to either publish data to the bus or subscribe to data in response to each received header ID. Upon receiving the header, each slave task verifies ID parity and then checks the ID to determine whether it needs to publish or subscribe. If the slave task needs to publish a response, it transmits one to eight data bytes to the bus followed by a checksum byte. If the slave task needs to subscribe, it reads the data payload and checksum byte from the bus and takes appropriate internal action.

For standard slave-to-master communication, the master broadcasts the identifier to the network, and only one slave responds with a data payload.

Master-to-slave communication is accomplished by a separate slave task in the master node. This task self-receives all data published to the bus and responds as if it were an independent slave node. To transmit data bytes, the master must first update its internal slave task’s response with the data values it wants to transmit. The master then publishes the appropriate frame header, and the internal slave task transmits its data payload to the bus.

Every LIN frame begins with the break, which comprises 13 dominant bits (nominal) followed by a break delimiter of one bit (nominal) recessive. This serves as a start-of-frame notice to all nodes on the bus.

The sync field is the second field transmitted by the master task in the header. Sync is defined as the character x55. The sync field allows slave devices that perform automatic baud rate detection to measure the period of the baud rate and adjust their internal baud rates to synchronize with the bus.

The ID field is the final field transmitted by the master task in the header. This field provides identification for each message on the network and ultimately determines which nodes in the network receive or respond to each transmission. All slave tasks continually listen for ID fields, verify their parities, and determine if they are publishers or subscribers for this particular identifier. The LIN bus provides a total of 64 IDs. IDs 0 to 59 are used for signal-carrying (data) frames, 60 and 61 are used to carry diagnostic data, 62 is reserved for user-defined extensions, and 63 is reserved for future protocol enhancements. The ID is transmitted over the bus as one protected ID byte, with the lower six bits containing the raw ID and the upper two bits containing the parity.

The data bytes field is transmitted by the slave task in the response. This field contains from one to eight bytes of payload data bytes.

Figure 3 illustrates how a master task header and a slave task response combine to create a LIN full frame.

Because the LIN bus is a polled bus, the processing of each frame is allocated a nominal time slot as follows:

The LIN bus connects a single master device (node) and one or more slave devices (nodes) together in a LIN cluster. The behavior of each node is described by its own node capability file. The node capability files are inputs to a system-defining tool, which generates a LIN description file (LDF) that describes the behavior of the entire cluster. The LDF is parsed by a system generator to automatically generate the specified behavior in the desired nodes. At this point, the master node master task starts transmitting headers on the bus, and all the slave tasks in the cluster (including the master node’s own slave task) respond, as specified in the LDF.

In general terms, the LDF is used to configure and create the scheduling behavior of the LIN cluster. For example, it defines the baud rate, the ordering and time delays for the master task’s transmission of headers, and the behavior of each slave task in response. NI LIN hardware and the NI-CAN Frame API for LIN do not natively provide full support for LDFs, meaning that you cannot download scheduling behavior into the hardware. However, the low-level support of accessing the bus (writing headers and publishing or subscribing to responses) is provided such that the user may create this scheduling behavior at the application level. As mentioned in the description for the NI LIN response entry frame type, NI LIN hardware features a response queue for storing slave task responses. The response queue holds 64 responses, one for each of the maximum number of 64 IDs specified for LIN. This ensures that the LIN interface slave task can respond to headers within the response time defined by the LIN specification.

The LIN 2.0 specification states that error detection should be handled by the slave tasks and that error monitoring by the master task is not required. The LIN 2.0 specification does not require the handling of multiple errors within one LIN frame or the use of error counters. Upon encountering the first error in a frame, the slave task aborts the processing of the frame until the detection of the next break-sync sequence (in the next header transmitted by the master). If the log bus errors attribute is set to true, a bus error frame is logged into the read queue. If the log bus errors attribute is set to false, an error is returned by ncWriteNet or ncWriteNetMult.

LIN features a mechanism that allows devices to enter the sleep state and potentially conserve power. Per the LIN 2.0 specification, all slaves may be forced into sleep mode by the master sending a diagnostic master request frame (ID=60) with the first data byte equal to zero. This special frame is called the go-to-sleep command. Slaves also automatically enter sleep mode if the LIN is inactive for more than four seconds. The NI-CAN Frame API for LIN provides great flexibility by allowing the user to put the LIN interface to sleep as desired at the application level. Upon receiving a full frame containing a sleep request message, or a bus inactive frame indicating four seconds of bus inactivity, the user may choose to put the LIN interface to sleep by setting the LIN Sleep attribute to TRUE.

It is important to note that the differences in these frame types are due to either the timing of how they are transmitted or the content of the data bytes. Regardless of frame classification, a full LIN frame always consists of a header transmitted by the master task and a response transmitted by a slave task. The NI-CAN Frame API for LIN can address the needs of handling each of these LIN-specified frame types. The unconditional frame type is most commonly used. Unconditional frames carry signals (data), and their identifiers fall in the range of 0 to 59.

The event-triggered frame type attempts to conserve bus bandwidth by requesting an unconditional frame response from multiple slaves within one frame slot time.

If only one slave publishes a response, then the master receives it and, from looking at the first data byte, knows from which slave (through the protected ID) it was received. If multiple slaves publish a response, a collision occurs, which the master device slave task reports as a bus error. The master device then queries a response from each slave using unconditional frames.

Sporadic frames attempt to provide some dynamic behavior to the LIN. They always carry signals (data), and their IDs range from 0 to 59. The header of a sporadic frame should be sent only in its frame slot when the master task knows that a data value (signal) within the frame has been updated. This requirement makes the master device slave task the normal publisher of sporadic frame responses.

Diagnostic frames are always eight data bytes in length and always carry diagnostic or configuration data. Their IDs are either 60 for a master request frame or 61 for a slave response frame. User-defined frames, which have an ID of 62, may carry any type of information. Reserved frames have an ID of 63 and must not be used in a LIN 2.0 cluster.

The NI-XNET product line is a combination of accelerated CAN, LIN, and FlexRay interfaces; an optimized driver; easy-to-use APIs; and configuration and debug utilities. With NI-XNET interfaces, you can develop applications for prototyping, simulating, and testing CAN, LIN, and FlexRay networks faster and more easily in NI LabVIEW and LabVIEW Real-Time as well as C/C++. 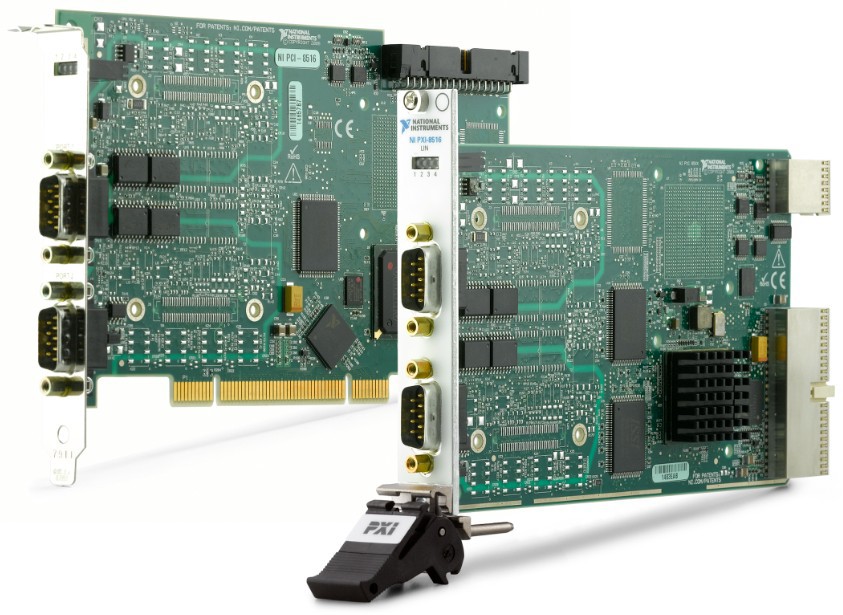 Figure 4. NI-XNET Platform for CAN, LIN, and FlexRay

You can also communicate with LIN devices using the a USB LIN Interface Device. This is a lower cost, mobile solution for communicating to LIN networks.

For more information on LIN specifications, visit the LIN consortium at www.lin-subbus.org.