Home Perspectives CES Redefined the Future of the Automotive Industry

CES Redefined the Future of the Automotive Industry

By now, you’ve probably heard about the BMW iX Flow: the world’s first “color-changing” vehicle that utilizes electronic ink technology to transform the car’s exterior. Unveiled by the German automaker at the 2022 Consumer Electronics Show (CES) in Las Vegas, Nevada, this premier technology offered a glimpse into the future of the automotive industry and truly cemented CES as a priority for automakers and car buyers.

“From electric hypermiler concepts to color-changing cars, CES had some of the wildest debuts we’ve seen in a long time,” noted Andrew Krok, associate news editor at CNET. Indeed, word of BMW’s latest tech innovation spread like wildfire on social media, capturing the attention and intrigue of consumers and automakers alike. The message is clear: the market demands excitement.

CES reveals have historically showcased the technology behind the wheel more than the vehicles themselves, but this year’s focus on debuting futuristic concept cars and emphasizing infotainment indicates we’ve turned a corner on consumer confidence. No longer are automakers trying to convince the rider to simply get in—the demonstrations highlighted electrifying possibilities in the layout, comfort, and functionality of the riding space.

While the automotive industry also discussed the future of autonomous mobility, connected vehicles, and evolving vehicle technology at CES, is it possible that the focus on the cutting-edge tech shaping the innards of the cockpit may distract from larger conversations surrounding safety, regulations, and the need to build back confidence in automakers?

Attendees of CES 2022 in Las Vegas were welcomed to this year’s global tech event with an inspiring keynote delivered by Mary Barra, GM’s first female CEO. Speaking to the future of mobility, Barra shared GM’s vision for mass adoption of electric vehicles (EVs) and the future of autonomous vehicles (AVs). The excitement garnered by this keynote address set the stage for the anticipation surrounding advancements in the automotive industry.

Working toward mass adoption of EVs has been a steadfast goal for many automakers. GM itself has plans to bring 30 EVs to market by 2025 and are hiring 3,000 engineers to realize this goal. Notably, others in the industry are also working hard to keep pace, with companies like Sony unveiling the Vision-S 02 concept car, the second iteration of the Vision-S EV introduced at last year’s CES and an extension of its plans to enter the EV space.

Widespread adoption of EVs will not be without its challenges. While teams like GM have boasted that manufacturing expertise is on track, infrastructure is not yet there. As just one example, easy access to charging stations is a critical factor that will need to be addressed prior to mass adoption.

With rapid developments in electrification, CES took an in-depth look at the technology fueling the future of mobility. This included features like adaptive cruise control, collision prevention, and lane guidance, which all indicate a focus on safer roads, especially for AVs, which have also been a hot topic as of late.

Notably, conversations surrounding EVs and AVs are intrinsically connected. In an interview with the Consumer Technology Association (CTA)®, Barra shared that her team believes all AVs will be EVs. A focus on safer roads, then, means building infrastructure with both AVs and EVs at the forefront of the conversation.

Innovative concept cars demonstrated at CES had everyone wondering, “When will my AV be ready?” The bigger question at hand, though, remains: When will the infrastructure to support that AV be ready? And further, what needs to come first: widespread AV adoption or the roads to support that adoption?

For EVs, the road ahead seems fairly well paved. However, AVs will require more collaboration amongst technologists, governments, and research institutions to ensure autonomous infrastructure progress comports with advancements seen in the automotive space.

Standing Out among the Competition

In an article published in WardsAuto, NI’s Director of Go-to-Market Strategy for the Transportation division Jeff Phillips noted that, “the most recent decade saw some blurring of the lines across the suppliers, particularly as new EV and AV components have shifted investments.” This is exacerbated by the abundance of partnerships forming between companies from very different market spaces, from Volkswagen and Bosch to Tesla and Samsung.

These aren’t the only lines being blurred: the line between the automotive space and the tech industry is becoming indistinguishable. To be fair, with tens of millions of lines of code in any given vehicle’s systems today, they have effectively become computers on wheels. While this signals a future filled with constant innovation, it also indicates that we’re facing the biggest transformation in automotive history.

While this signals a future filled with constant innovation, it also indicates that we’re facing the biggest transformation in automotive history.

The last two renditions of CES were focused primarily on building trust in the technology behind the EV by emphasizing the testing that brought vehicles to the stage. There was a stark shift this year with a return to painting the picture of what the future of mobility could look like: one where your AV picks you up from work or perhaps one where your car changes color on command, as was demonstrated by BMW.

While there are practical use cases for color-changing cars (for example: on a cold day, switching the color to black would aid in absorbing heat), announcements like Amazon Fire TV integration or BMW Theater Screen signal a shift in focus toward infotainment and tech-focused possibilities.

What these companies are striving for by rolling out concept cars with flashy tech features that likely will not hit the market for a few more years is differentiation. They’re demonstrating what makes them stand out from the competition to capture mindshare and preference among the market ahead of when they’ll become available. As noted by Phillips, “80 percent of what you experienced in the concept car had nothing to do with the tech that the company was producing and everything to do with setting your mind towards the possibilities of what life could be like inside of an autonomous electric vehicle.”

As we collectively work toward a future where widespread adoption of EVs and AVs becomes the norm, we will continue to see companies coming together to reimagine the automotive industry and drive innovation. If we are to simultaneously pave the way to safer roads for all vehicles, however, we must focus on autonomous infrastructure and ensure safety regulations keep pace with these rapid developments. One thing remains certain: the automotive industry will never be the same. 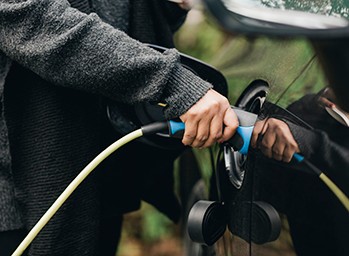 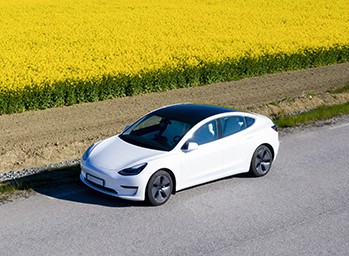 Earth is heating up, and vehicle emissions are partly to blame. Including electric vehicles in the ecosystem of solutions may help alleviate the climate change crisis. 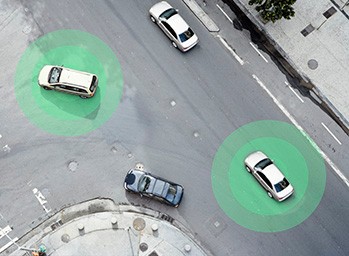 From Robots to Robotaxis: Navigating a Driverless Future