Going Social with Your Test Strategy

Read related articles in the newest issue of the NI Automotive Journal to learn more about the latest testing trends and innovations in the automotive industry.

Evolving beyond Personal Test and Measurement…

FIGURE 01: The 20th century brought us personal test and measurement technology that enabled engineers to create customized test stations in a time- and cost-effective manner.

Personal test and measurement were characterized by:

Into a Network of Things...

The 21st century is characterized by an explosion in the interactions between people and devices through network technology. As expected, this revolution is spilling over into test and measurement. In transportation, the driver of this revolution is a dramatic increase in both the scale and complexity of autonomous and electric vehicle testing. In battery test, for example, the challenge is not only how to handle testing a single battery cell but also how to simultaneously manage tens of thousands of cells in validation and millions in production.

To deal with the growing complexity, test and measurement systems have grown more connected. Our personal test and measurement devices get equipped with network connections and become part of a lab- or plant-wide Network of Things (NoT). On top of test results, test devices and stations publish data needed to compare the quality of results among their peers and assess their health, which reduces operational costs like service and maintenance. Processing test results and equipment health data now goes to server nodes where software is easier to scale and maintain, which further reduces the cost and complexity. As test devices and stations grow more interconnected, so do the engineering teams that design them.

In the NoT era, network technology drives innovations in system and software architectures. Network bandwidth, latency, and quality of service determine an engineer’s ability to partition hardware and software in ways that help lower the cost of the overall system and improve the productivity of test engineering and operations. Time-sensitive network technologies and the XC high-speed, real-time fieldbus technology for scalable power electronics are examples of how NI took this networking trend and fit it into the test and measurement world.

FIGURE 02: Revolutions in network technology enabled engineers to bring test equipment together in a lab- or plant-wide Network of Things. High-bandwidth network connectivity fosters modular and scalable system and software architectures, which drives down the cost of managing and expanding capacity as well as complexity.

Toward Social, Scalable Test and Measurement

The revolution does not stop with just test as a NoT because generating, capturing, pipelining, and processing test data are only one part of the story. An even bigger challenge is to make sense of all this data so it doesn’t end up filling hard disks that no one has time to search.  Since the purpose of collecting the data in the first place is to drive decisions and improvements, how do you decide which data and features are worth highlighting to engineers and operators?

Social network technologies are a great place to start tackling this problem, given their ability to represent people and their actions as well as automate the sifting and prioritization of the streams of data they produce. Rather than a narrow-minded focus on measurement acquisition and data transport, test and measurement infrastructure must be conceived as a social network of people and things—a social network that enables the interaction of engineers, operators, managers, measurement devices, test stations, designs, and products to drive decisions that improve the quality of product design and production. 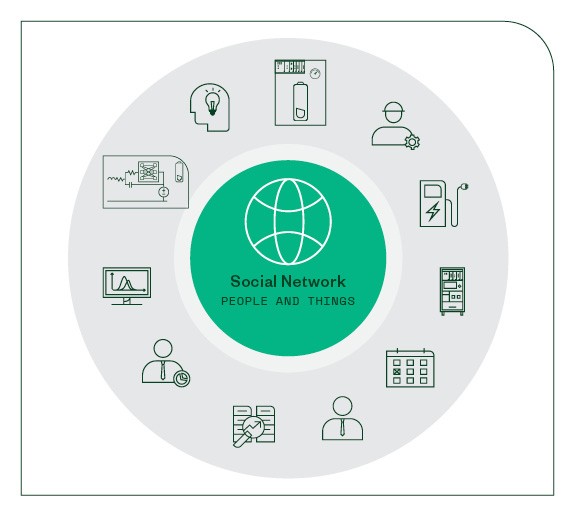 FIGURE 03: To get value out of the massive amounts of data collected in large-scale NoTs, we need to conceive test and measurement infrastructure as a social network of people and things—a social network bringing together engineers, operators, managers, measurement sensors, test stations and products under test to drive decisions that improve the quality of product design and production.

How do we bring this social test and measurement network to life?

While this is not a comprehensive list, it does represent the foundational technology needed, and it’s heavily driven by software. At NI, we believe that to increase product, operational, and engineering performance, test can’t be stuck in the 20th century. Guided by this idea of test and measurement as a social, cross-functional, and scalable network of engineers, operators, managers, sensors, actuators, test stations, and UUTs, we invest heavily to develop our technology and platform, hone our skills, and foster our ecosystem to be a first-class leader in test engineering for the 21st century.

Launching an EV Startup against All Odds

EV startups must be adaptable and innovative to thrive. While ever-changing obstacles arise, a connected workflow can help companies be more agile, streamline their processes, and react to market conditions out of their control. 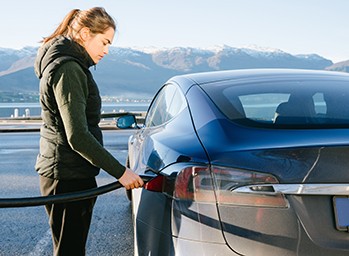 The Importance of Battery Life-Cycle Innovation in Electric Vehicles

Success or failure in the EV race depends on the battery, and the winner will embrace data to drive innovation. Vendors who harness battery life-cycle data with software can develop better battery technology faster and at lower costs.