Z0 is the characteristic impedance

L is the inductance per length

C is the capacitance per length

R is the resistance per length

G is the dielectric conductance per length

ω is the frequency (radians/s)

Maximum power is transferred in a system from the source to the load when both have the same impedance. 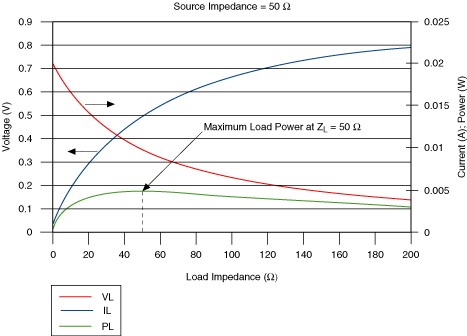 As a high-frequency signal traverses through a switch module, it is attenuated by series resistance, dielectric absorption, and by reflections from impedance mismatches. This attenuation is called insertion loss. The amount of signal remaining at the output of the switch module is represented as a ratio to the input signal and given in deciBels (dB):

Where POUT is the output power level, and PIN is the input power level. This ratio can also be stated in terms of signal voltage:

Because the switch attenuates the signal, output magnitude is less than input magnitude, and the transmitted signal ratio is always <0 dB. By convention, insertion loss is defined as the ratio of input signal to the output signal, and is given in decibels (dB):

Because output magnitude is less than input magnitude, insertion loss is >0 dB. The contributing factors of series resistance, dielectric loss, and mismatch reflections are frequency dependent and generally result in insertion loss rising with signal frequency.

Any impedance mismatches along a transmission line causes partial reflection of the propagating signals. The difference in impedance determines the magnitude of the reflection. The length of a mismatched section determines the lowest signal frequencies that will reflect off of the section. Voltage standing wave ratio (VSWR) is a measure of signal reflection.

With an incident sine wave into the switch module, some of the signal reflects back down the line. The reflected wave interferes with the incident wave. VSWR is the ratio of maximum to minimum amplitude in the resulting interference wave and is represented by the following formula:

Where p is the reflection coefficient. Reflections can also be represented as a logarithmic ratio of the reflected signal to the input signal. This is called return loss: 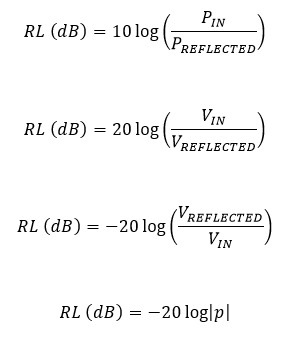 Given an ideal step input, rise time is the time required for the output signal voltage to rise from 10% to 90% of the step amplitude.

Figure 5. Switching Can Effect the Rise Time of Square Edges

Rise time can be related to bandwidth with the approximation:

If a signal is purely sinusoidal, the bandwidth/insertion loss rating of a switch module can be directly applied. For signals that have multiple frequency components, like a square wave, the rating may be difficult to apply.

A square wave can be represented using a natural harmonic series, where only the odd harmonics are used. The frequency components that make up an ideal square wave are infinite, as shown below:

Where ω is frequency in radians per second.

A square wave may have a fundamental frequency below the rated bandwidth. However, harmonics above the rating may be attenuated by increasing insertion loss. For example, consider a 2 V peak-to-peak square wave. The square wave can be approximated by the summation of multiple harmonic sine waves. Three harmonics are shown in the following figure: the fundamental frequency (or first harmonic), the fifth, and the 13th harmonic. 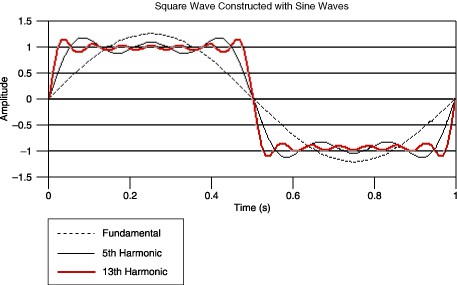 If the frequency content of a square wave is known, the required switch bandwidth can be determined based on the highest harmonic to be passed with minimal distortion. If the frequency content is unknown, the -3 dB point can be approximated using the rise time of the harmonic to be preserved. The rise time is related to the -3 dB point bandwidth by the approximation:

Where τ is the rise time from 10% to 90% of the signal amplitude. Using the fifth harmonic of the square wave from the previous example: 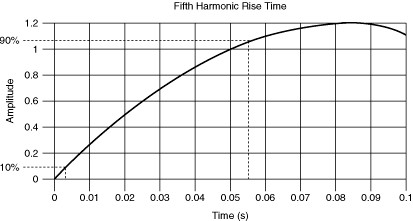 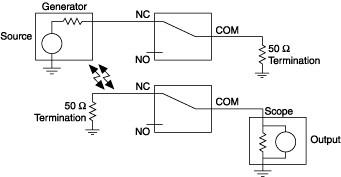 Crosstalk is specified in dB of transmission, and calculated according to the following formulas: 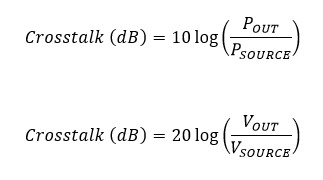 Isolation is the ability to keep a signal on an unused channel from appearing on an active, terminated channel. Isolation is specified in dB of rejection: 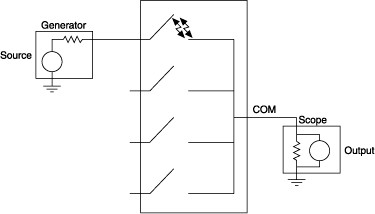 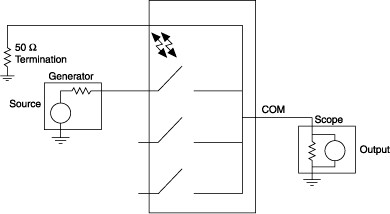 Isolation is specified in dB of rejection, according to either one of the following formulas: 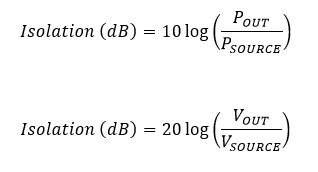