Bosch originally developed the Controller Area Network (CAN) in 1985 for in-vehicle networks. In the past, automotive manufacturers connected electronic devices in vehicles using point-to-point wiring systems. Manufacturers began using more and more electronics in vehicles, which resulted in bulky wire harnesses that were heavy and expensive. They then replaced dedicated wiring with in-vehicle networks, which reduced wiring cost, complexity, and weight. CAN, a high-integrity serial bus system for networking intelligent devices, emerged as the standard in-vehicle network. The automotive industry quickly adopted CAN and, in 1993, it became the international standard known as ISO 11898. Since 1994, several higher-level protocols have been standardized on CAN, such as CANopen and DeviceNet. Other markets have widely adopted these additional protocols, which are now standards for industrial communications. This white paper focuses on CAN as an in-vehicle network.

Low-Cost, Lightweight Network
CAN provides an inexpensive, durable network that helps multiple CAN devices communicate with one another. An advantage to this is that electronic control units (ECUs) can have a single CAN interface rather than analog and digital inputs to every device in the system. This decreases overall cost and weight in automobiles.

Error Capabilities
The CAN specification includes a Cyclic Redundancy Code (CRC) to perform error checking on each frame's contents.  Frames with errors are disregarded by all nodes, and an error frame can be transmitted to signal the error to the network.  Global and local errors are differentiated by the controller, and if too many errors are detected, individual nodes can stop transmitting errors or disconnect itself from the network completely.

CAN was first created for automotive use, so its most common application is in-vehicle electronic networking. However, as other industries have realized the dependability and advantages of CAN over the past 20 years, they have adopted the bus for a wide variety of applications. Railway applications such as streetcars, trams, undergrounds, light railways, and long-distance trains incorporate CAN. You can find CAN on different levels of the multiple networks within these vehicles – for example, in linking the door units or brake controllers, passenger counting units, and more. CAN also has applications in aircraft with flight-state sensors, navigation systems, and research PCs in the cockpit. In addition, you can find CAN buses in many aerospace applications, ranging from in-flight data analysis to aircraft engine control systems such as fuel systems, pumps, and linear actuators.

High-Speed/FD CAN
High-speed CAN is by far the most common physical layer. High-speed CAN networks are implemented with two wires and allow communication at transfer rates up to 1 Mbit/s. Other names for high-speed CAN include CAN C and ISO 11898-2. Typical high-speed CAN devices include antilock brake systems, engine control modules, and emissions systems.  CAN with Flexible Data-Rate (CAN FD) is the next generation of high-speed CAN communication with evolving standards for higher data rates.  NI has enabled speeds up to 8 Mbit/s using the TJA1041 and TJA1043 transceivers through the NI-XNET driver.  As transceiver vendors complete qualifications for CAN FD speeds, NI will update our documentation as necessary.

Single-Wire CAN Hardware
Single-wire CAN interfaces can communicate with devices at rates up to 33.3 kbit/s (88.3 kbit/s in high-speed mode). Other names for single-wire CAN include SAE-J2411, CAN A, and GMLAN. Typical single-wire devices within an automobile do not require high performance. Common applications include comfort devices such as seat and mirror adjusters. 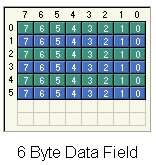 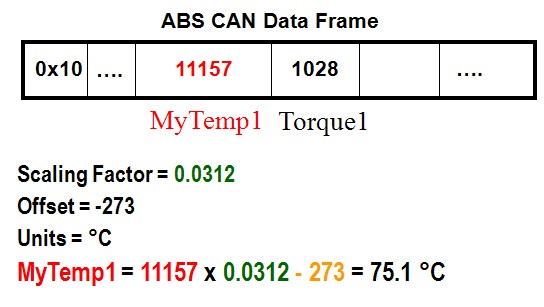 National Instruments provides a variety of hardware and software tools for CAN application development. NI offers CAN interfaces for different platforms including PCI, PXI, USB, PCMCIA, NI CompactRIO, and NI CompactDAQ. For PCI, PXI, NI CompactDAQ, NI CompactRIO, and PCMCIA, you can choose from high-speed/FD, low-speed/fault-tolerant, and single-wire physical layers. For PCI and PXI, National Instruments provides the industry's first software-selectable CAN interface that contains a high-speed/FD, low-speed/fault-tolerant, and single-wire transceiver on each board, for each port, on a single device. This means you can simply select in your software which mode you want to use. 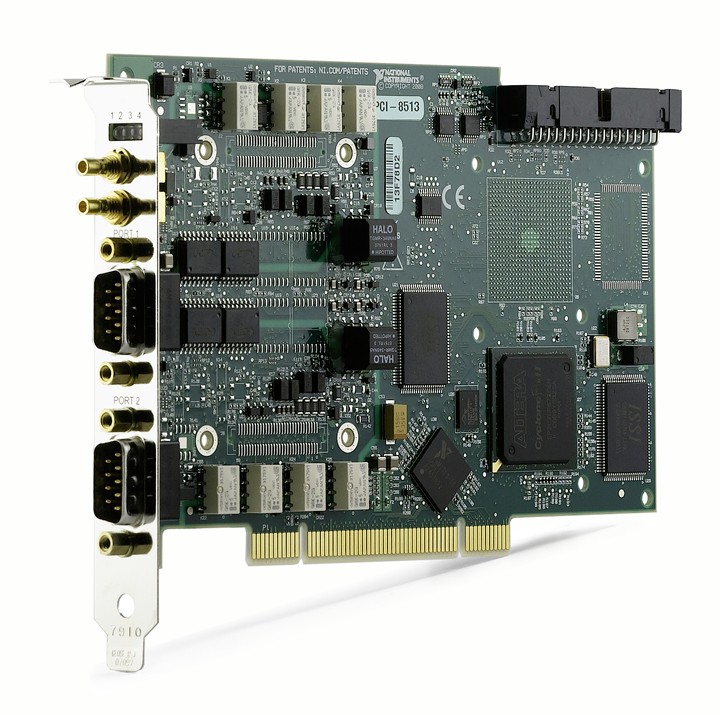 Top Performance With Less Programming
NI-XNET interfaces bring together the performance associated with low-level microcontroller programming and the speed and power of Windows and LabVIEW Real-Time OS development. The patent-pending NI-XNET device-driven DMA engine reduces system latency, a common pain point for PC-based CAN interfaces, from milliseconds to microseconds. The engine enables the onboard processor to move CAN frames and signals between the interface and the user program without CPU interrupts, freeing host processor time for processing complex models and applications.

There are two APIs exposed with the NI-CAN driver software. The Frame API is the original API for CAN programming. In the Frame API, you can transmit and receive CAN frames that contain raw data bytes. Your program must parse and scale these bytes to come up with scaled engineering units. For more information on programming with the Frame API, view the "Using the Frame API" section of the NI CAN Hardware and Software Manual (see below).

NI first introduced the Channel API in the NI-CAN 2.0 driver software. You can read from and write to CAN channels using channel names defined in database files (.dbc or .ncd). The Channel API provides the following benefits: