The CompactRIO controller, based on the LabVIEW RIO Architecture, features the latest technologies such as the powerful 64-bit Intel Atom E3800 System-on-Chip (SoC) Family and Xilinx Kintex 7 FPGAs. The Intel Atom SoC delivers a massive amount of performance and functionality, including an integrated GPU and a multicore processor. The Kintex-7 325T FPGA has almost 3X as many complex logic blocks and over 13X as many DSP slices than the FPGAs in other CompactRIO controllers. The FPGA and processor communicate using the PCI Express bus, which dramatically improves throughput and gives access to 16 DMA channels.

The LabVIEW RIO Architecture, on the new CompactRIO controller, provides the software flexibility to consolidate the HMI and control tasks on the same target and on one operating system. This is possible because of the features of the multicore Intel Atom SoC and NI Linux Real-Time OS. This OS exposes task prioritization to the developer to assign a higher priority to the control tasks over the HMI software tasks running in the same application.

• For CompactRIO systems featuring multicore processors, the results of each individual core are averaged.
• For the CompactRIO controller, the tests were performed with the Embedded UI option both enabled and disabled to measure the impact of this feature on the overall performance of the system. 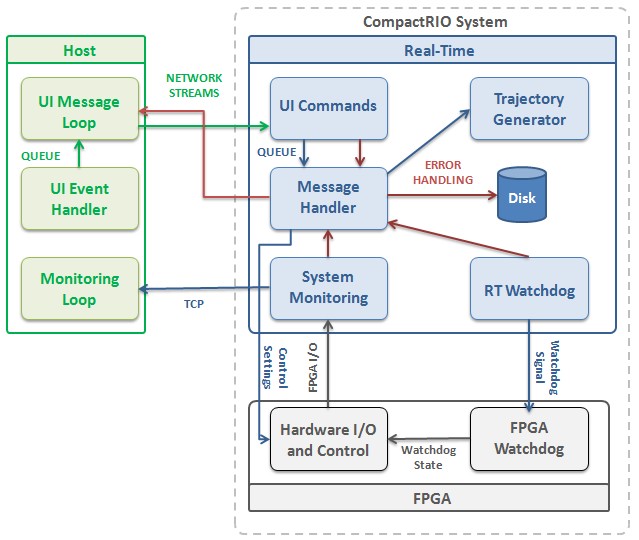 The test was repeated with the Embedded UI option enabled for the CompactRIO controller; however, since this test does not stress the HMI portion of the LabVIEW FPGA Control on CompactRIO Sample Project, no significant changes in the CPU usage were observed. 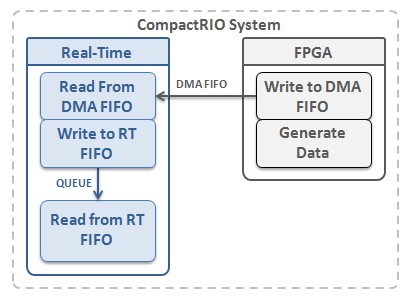 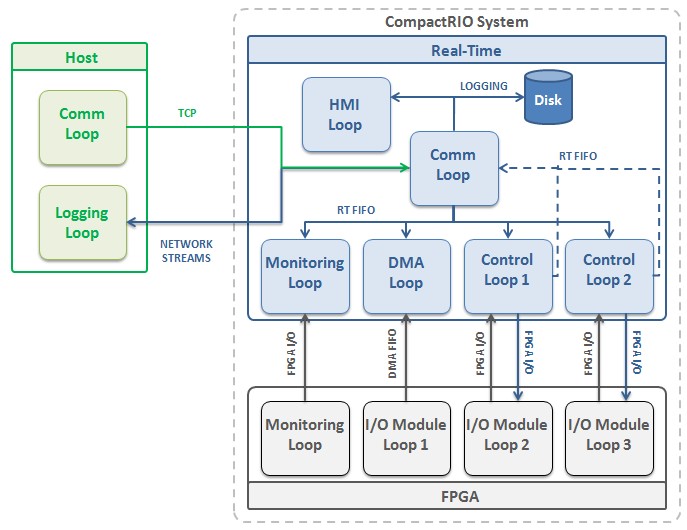 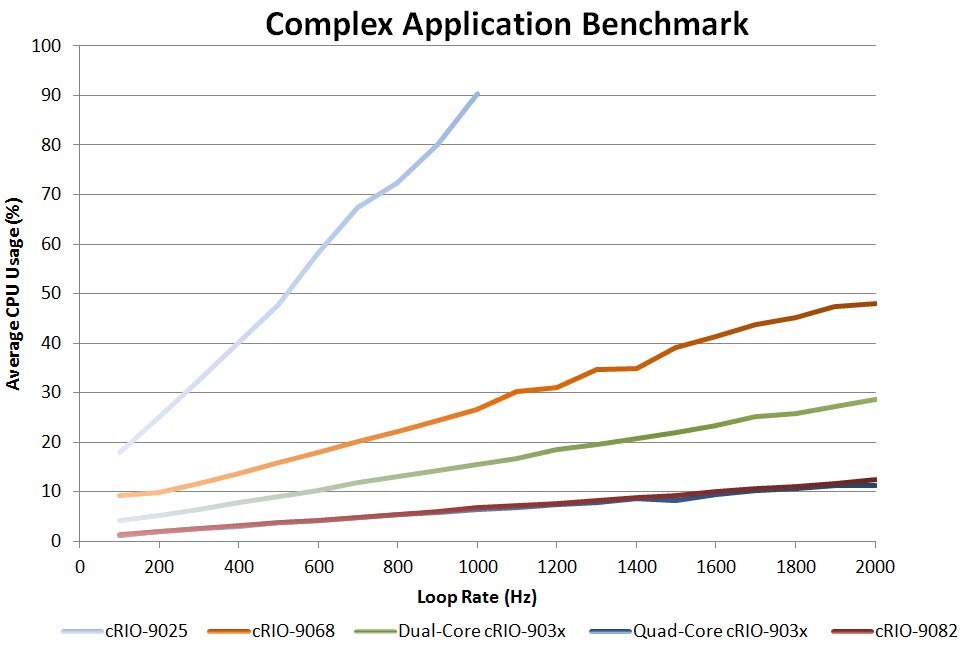 The CompactRIO controller reduces system cost and complexity by implementing the local HMI with Embedded UI support. This is possible as this new controller incorporates the latest Intel Atom processor with accompanying graphics support providing a performant foundation for building both the control system logic and touch-enabled user interface with NI LabVIEW. To enable this consolidation, the LabVIEW development environment and the NI Linux Real-Time OS expose task prioritization to the developer to assign a higher priority to the control tasks over the HMI software tasks running in the same application. 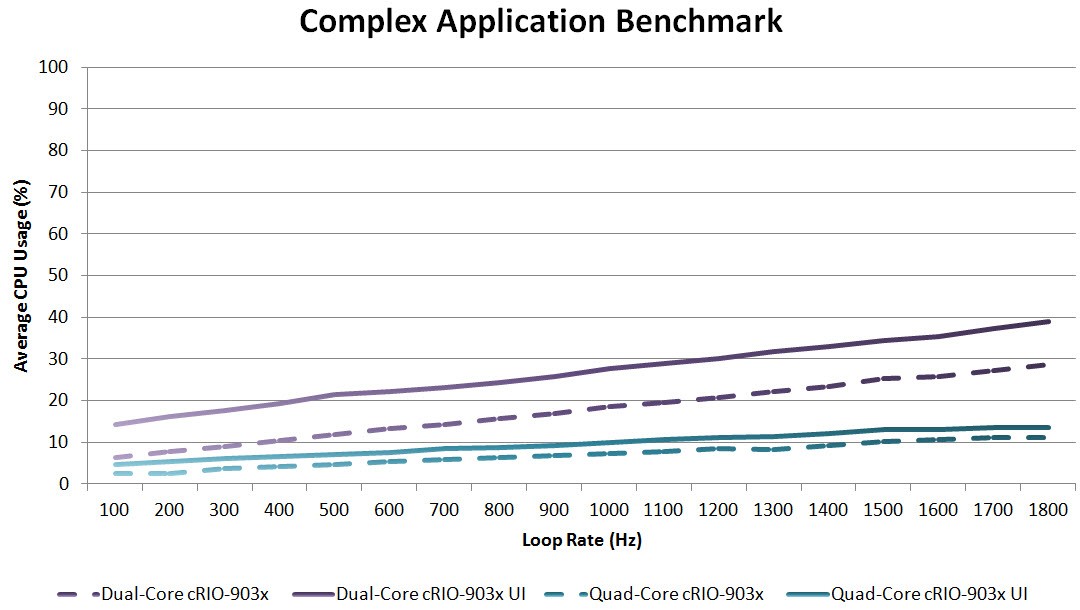 Embedded applications perform an increasing number of functions such as motion control, data logging, vision acquisition, and HMI. The NI CompactRIO controller is a good fit to these applications due to the combination of technologies and unique features that accelerate development time and reduce system complexity and cost.

The CompactRIO controller presents a significant performance improvement over other families of controllers and it expands the range of targets compatible with key enabling technologies such as NI Linux Real-Time. The NI CompactRIO controller delivers flexible, powerful hardware and software technologies based on the LabVIEW RIO Architecture for a wide variety of embedded control and monitoring applications.