The PXIe-8840 is a modular PC in a PXI Express 3U-size form factor. The following figure is a functional block diagram of the PXIe-8840. Following the diagram is a description of each logic block shown. 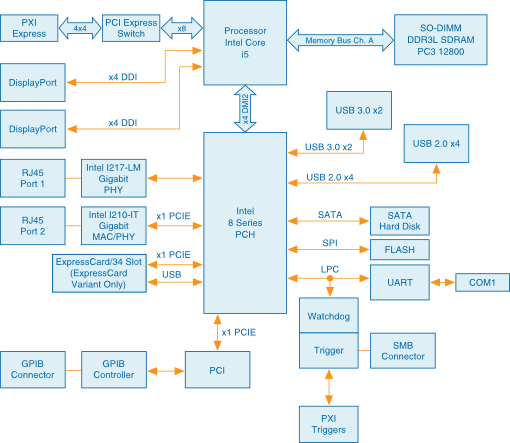