The following figure shows how to position strain gage resistors in an axial configuration for the full-bridge type III. 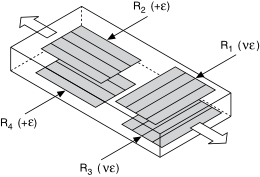 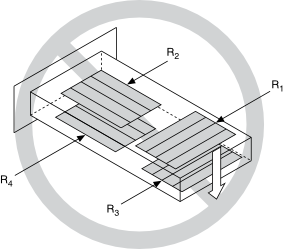