A host VI is a VI that you target to a processor, often a PC or a controller, within your hardware device.

The following example shows the host VI on a controller in SystemDesigner. 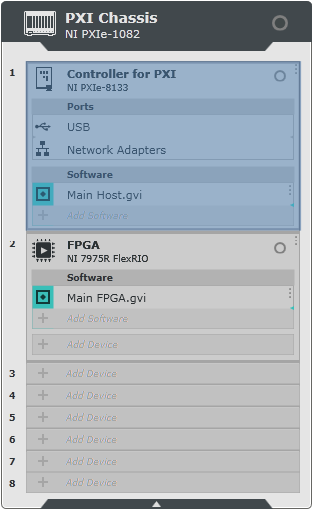 VIs that run on a host typically have access to larger amounts of memory. Thus, a host VI doesn't have the same resource constraints as a VI that runs on an FPGA. Because you can use host VIs to complete a wide array of resource-heavy programming tasks in an application, the palettes on a host VI provide a broad range of data types and nodes to support these programming tasks.

Tasks for which a host VI is well suited include: