Wireless appliances are increasingly prevalent in our technological world. With the introduction of new parameters and new design considerations, the switching sector is not immune to the upsurge in radio frequency testing needs. Manufacturers therefore demand ever-increasing radio frequency test systems to keep up with technology. This article discusses design considerations for high frquency test systems.

The first question that comes to mind when dealing with high frequency is a very practical one: when is the frequency high enough to start worrying about different behaviors? The formula to compute the wavelength of a signal is:

where co equals the speed of light (299,792,458 m/s) and εr is the relative permittivity of the medium the signal travels through.  In free space εr equals 1, while a coaxial cable might have an εr of 2.3.  A good rule of thumb is to compare the dimension of the circuit in use with the wavelength of the highest frequency component of our signal. If the circuit path is more than 1/100 of the wavelength, you should consider taking high-frequency effects into account. For example, a 300 MHz sine wave in free space has a lambda approximately equal to 1 meter (299,792,458/(300MHz*sqrt(1)=0.999308 meters), so if the circuit path length is greater than 1 cm, the designer should take high-frequency effects into account. In cases when you are dealing with a more complex signal, such as a square wave, it is generally accepted to define the  maximum frequency component as 10 times the value of the fundamental sine wave. 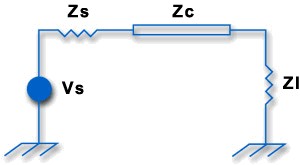 Figure 1. To ensure signal integrity, match the characteristic impedances of the source, load, and transmission lines.

Parameters that are extremely important in the radio frequency domain are Insertion Loss, Voltage Standing Wave Ratio (VSWR), and Crosstalk.  To visualize each phenomenon, let's look at light travelling through air into three layers of glass with different refraction constants. 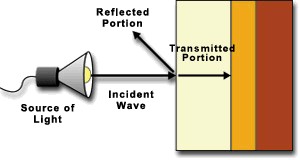 When the light (our signal) hits the first surface, part of it is reflected and part of it continues to travel through the first layer of glass. The reflection is caused by the fact that the glass has a different refraction constant than the air. In our RF circuit, the characteristic impedance of the cable is equivalent to the refraction constant in the glass; if it is different from the impedance of the source, part of the signal is reflected.  A matched cable in our RF test system is equivalent to a layer of glass with the same index of refraction as the materials around it; in both cases, reflections are minimized.

The amount of signal that is reflected toward the source is quantified by a parameter called Voltage Standing Wave Ratio (VSWR). A theoretical switch should have VSWR equal to 1 (no signal reflected). In reality, the impedance is never perfectly matched, so the VSWR has a value greater than one.

Signal reflection is an undesirable condition for several reasons.  First, we do not achieve full energy transfer to the target circuit, which means we must generate more power at the source to get the desired power in the circuit.  Increasing the power accelerates the wear on mechanical relays and generates excess heat throughout the circuit.  As mentioned previously, the reflected energy can damage certain RF sources if they are not designed to withstand signal reflection.  As RF sources are expensive components, failure to maintain proper impedance matching could become a costly error.  In most real world systems, a perfect match will never be attained: however, having a switch and cables with matched impedance minimizes the reflected power to an acceptable level.

Crosstalk is a measure of the amount of signal that is transmitted from one channel to other channels via electromagnetic radiation. This parameter is usually expressed in dB relative to the input signal. For reference, a crosstalk of -50 dB indicates a switch with fairly good isolation characteristics. Good crosstalk behavior guarantees that signals on channel X are marginally affected by signals on all other channels.  As with every other parameter in this scenario, crosstalk is a number that is meaningless if it is not associated with a specific value for the frequency. In general, as we expect, this parameter degrades as the frequency increases, so it is very important to have a precise idea of the frequency range of the switched signal.  For this reason, RF switch specification sheets list the crosstalk at various frequencies.

It is also important to avoid negative effects caused by Intermodulation Distortion (IMD).  If there is crosstalk interaction between two channels, then channel A not only sees part of the signal on channel B, but also a series of other spurious components caused by the mixing of the two signals. When choosing a switch, it is very important to carefully consider the value of the crosstalk parameter at the frequency of interest, as this could influence the behavior of your test system dramatically.

The following table gives some guideline on the minimum level of the parameters you should look for: