This paper is part of the National Instruments Signal Generator Tutorial and High-Speed Digitizers Tutorial series. Each tutorial in this series teaches you a specific topic of common measurement applications by explaining the theory and giving practical examples. This tutorial covers the fundamentals of video signal measurement and generation.

The monochrome composite signal is built of two components: luma (or luminance) and synchronization. This signal, which is usually called the Y signal, is shown in Figure 1.

The chroma signal by itself, which is usually called the C signal, is shown in Figure 2.

Figure 2. Color Information Signal for a Color Bar Line (Including the Color Burst)

The composite color video signal, often called the Color Video, Blank, and Sync (CVBS) signal, is the sum of Y and C, is shown in Figure 3.

The two components Y and C can also be distributed separately as two independent signals. These two signals together are called either Y/C or S-video.

Parts of the Video Signal

The signal for a single horizontal video line consists of a horizontal sync signal, back porch, active pixel region, and front porch, as shown in Figure 4. 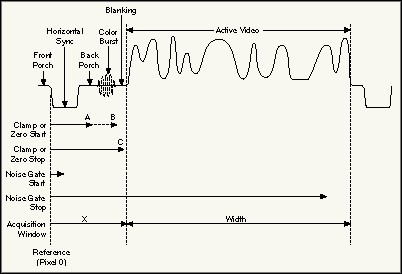 Figure 4. Parts of the Video Signal

Another aspect of the video signal is the vertical sync (VSYNC) pulse. This is actually a series of pulses that occurs between fields to signal the monitor to perform a vertical retrace and prepare to scan the next field. There are several lines between each field that contain no active video information. Some contain only HSYNC pulses, while several others contain a series of equalizing and VSYNC pulses. These pulses were defined in the early days of broadcast television and have been part of the standard ever since, although newer hardware technology has eliminated the need for some of the extra pulses. A composite RS-170 interlaced signal is shown in Figure 5, including the vertical sync pulses. For simplicity, a six-line frame is shown:

It is important to realize that the horizontal size (in pixels) of an image obtained from an analog camera is determined by the rate at which the frame grabber samples each horizontal video line. That rate, in turn, is determined by the vertical line rate and the architecture of the camera. The structure of the camera's CCD array determines the size of each pixel. To avoid distorting the image, you must sample in the horizontal direction at a rate that chops the horizontal active video region into the correct number of pixels. The following is an example with numbers from the RS-170 standard:

You can make these calculations:

Table 1 describes some characteristics of the standard analog video formats in common use.

For all PAL and NTSC formats, the coding is based on the quadrature amplitude modulation (QAM) concept, where two-color components are amplitude-modulated in quadrature and then combined. The modulation must be decoded, so to keep track of the absolute phase needed to decode the color information, you insert a reference signal, called the color burst, at the beginning of each line, right after the horizontal synchronization pulse (see figures 3 and 4).

For the SECAM format, the two-color components are frequency modulated using two different subcarrier frequencies and are sequentially distributed on alternated video lines. The SECAM format does not need a color burst signal.

The video levels define the levels and ranges for the different parts of the video signal. The unit used to define video levels is the IRE (Institute of Radio Engineers). The blanking level refers to 0 IRE and the white level refers to +100 IRE. The blanking level, which is the reference level for the video signal (usually 0 V), is different from the black level if a setup is applied to the signal as shown in Figure 6. 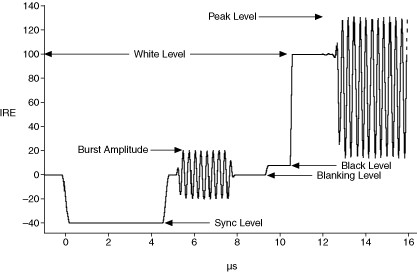 Table 3 shows the different video levels depending on the video format.

The analog composite video signal is defined as a voltage source with an output impedance of 75 Ω. The sync-to-white level is normally 1 Vpk-pk when loaded with a 75 Ω resistance. Therefore, the unloaded signal is nominally 2 Vpk-pk. 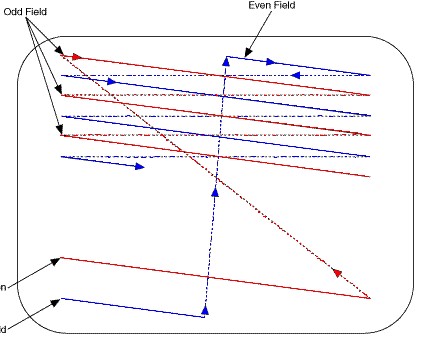 See Also:
When Acquiring an Interlaced Image, What Field Is Taken First Odd or Even?
How Are Odd and Even Fields Differentiated in an Interlaced Video Signal?

The active video image resulting from the scanning always has an aspect ratio (horizontal/vertical) of 4/3 no matter the video format. The color composite video signal shows that the scanning process requires some additional room on the left and right sides of each line as well as on the top and bottom of the active video image region. This additional room includes the synchronization signals, color bursts, and other format-specific information, like the ITS, which are not part of the active video image. Approximately 90 percent of all the lines and 80 percent of each line can transmit the active image information. The exact values depend on the video format, as shown in Table 3.

The Complete NTSC Frame Scan image in the next section simulates the video display that appears on a television screen if the following conditions are true:

The process repeats for the even field, forming the complete frame.

The extracted line profile example at the bottom of figures 8 and 9 shows an actual video signal line extracted from the even field. Refer to "Parts of the Video Signal" above for more information about video levels.

Figure 9. Vertical Blanking and Synchronization Signal for PAL and SECAM

Figure 10 shows the result of scanning all 525 lines that compose a complete NTSC frame. 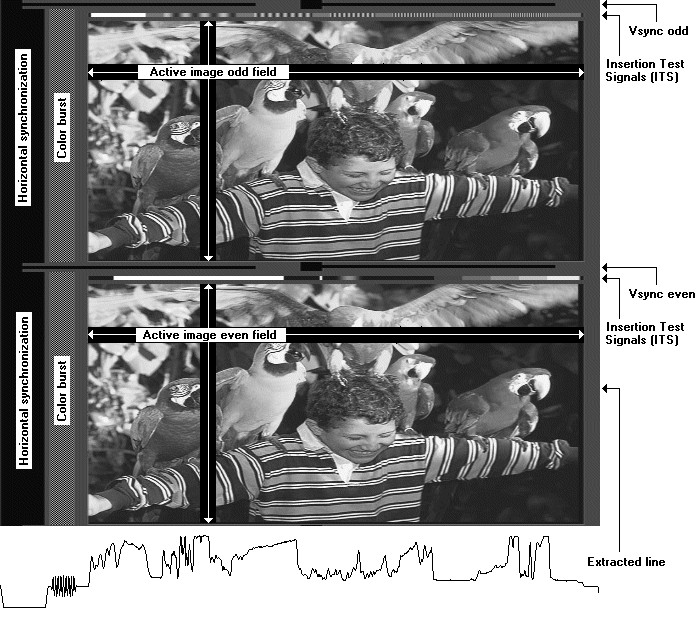 Figure 10 is a gray-scale image because it represents the intensity graph of the raw NTSC video waveform. The color information is embedded in that waveform and is not yet decoded.

You can see the color burst of the signals on the left side. The dotted pattern represents the intensity graph of the sine tone that is the color burst waveform. After decoding, the color burst, if it were visible on the TV monitor, would appear as a solid color surface.